“A significant amount of effort has been expended into research of clothing and, in particular, the aspects of underwear garments which help to promote confidence and self-esteem within a wearer. Such research and development has typically centred on specific areas of the human body, such as the chest or legs, resulting in a number of improvements in the form and function of, for example, brassieres, corsets and stockings. It is perhaps fair to say that less effort has been generally expended in this regard to the groin region. 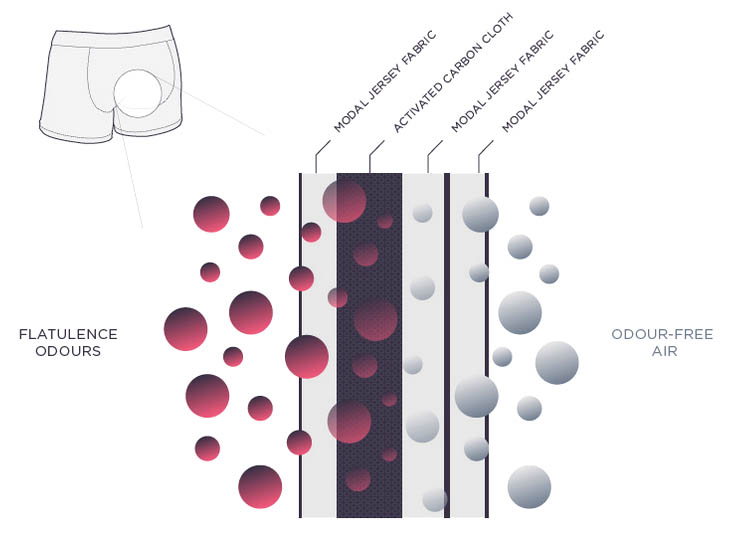 There are a number of problems and social stigmas associated with the groin region which can lead a person to lack confidence or otherwise feel embarrassed.”

The new invention – already being marketed under the tradename ‘Shreddies’ – is designed (amongst other things) to attend to some of these problems by filtering out flatulence via a ‘Zorflex’ activated-carbon back panel.

The Science Behind Shreddies is explained here : [scroll about halfway down the page]