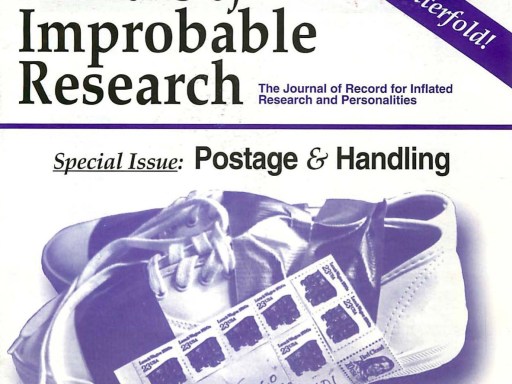 Alyssa Pelish writes about the difficult cases handled by the U.S. Postal Service (USPS). Pelish’s essay, called “The Bureau of Hards“, appears in the Fence blog. Close attention is paid there to a modest experiment: Indeed, an experiment run in 2000 by a group affiliated with the eccentrics behind the annual Ig Nobel Prize found that […]

Postal workers have no sense of humor, according to an odd stereotype that mutters around the Internet. But, with a few exceptions, it’s not true. The National Association of Letter Carriers has a newsletter called Postal Record. Postal Record‘s April 2011 issue has an article called “Unsigned, unsealed… DELIVERED — Experimenter tests USPS’s sense of humor. The […]

There is much, perhaps, to be learned from this brief 1903 video (from the US Library of Congress) showing postal employees extracting mail from slots: