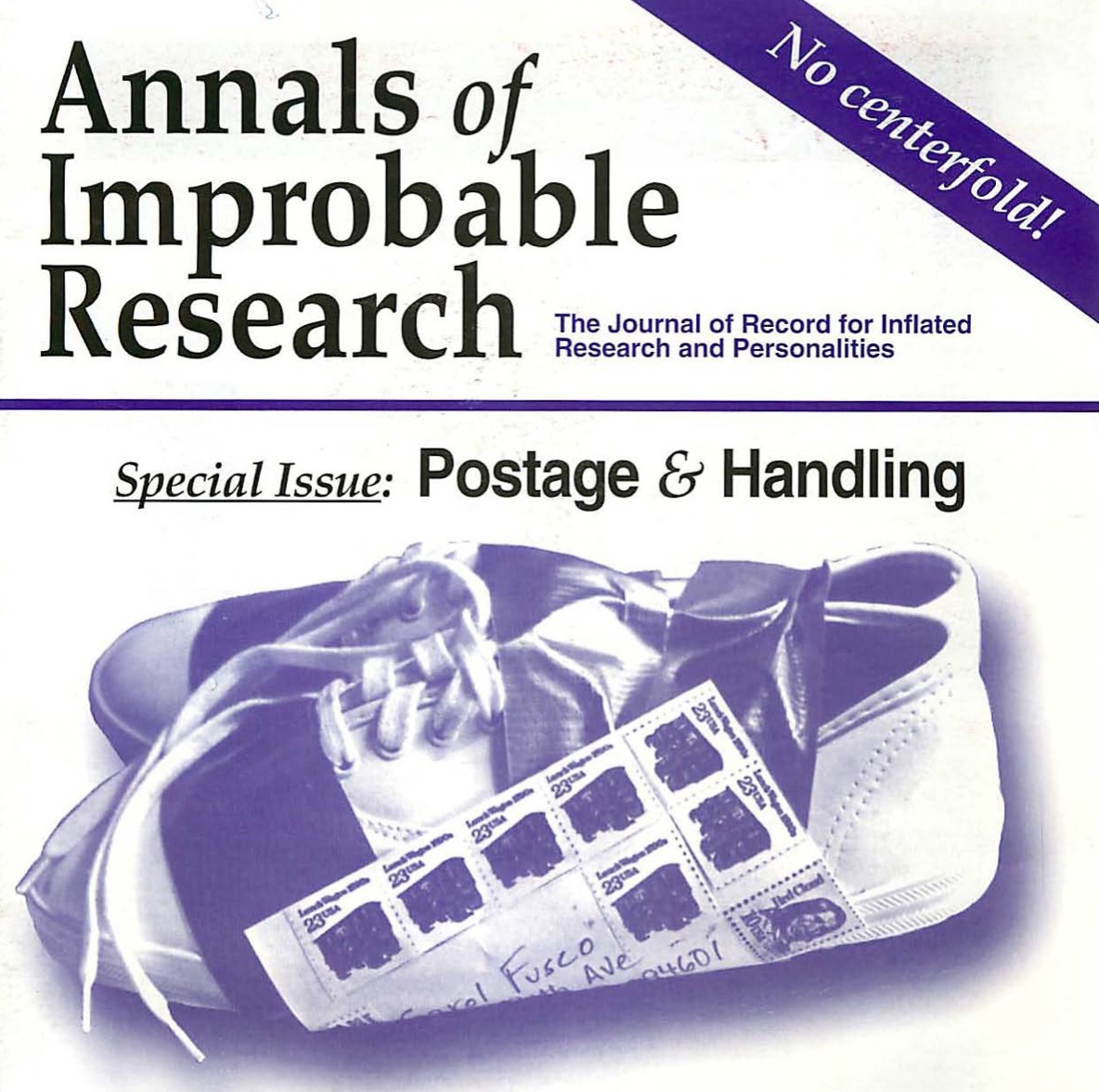 Alyssa Pelish writes about the difficult cases handled by the U.S. Postal Service (USPS). Pelish’s essay, called “The Bureau of Hards“, appears in the Fence blog. Close attention is paid there to a modest experiment:

Indeed, an experiment run in 2000 by a group affiliated with the eccentrics behind the annual Ig Nobel Prize found that the great majority of the unpackaged items they sent through the USPS made it to their destination. A football, a rose, a feather duster, a single ski, a coconut, a large wheel of stinky cheese, and, in fact, a pair of new, expensive tennis shoes. When the shoes were picked up at the neighborhood PO, the laces had even been tied more tightly together. “The Postal Service appears to be amazingly tolerant of the foibles of its public,” the research crew concluded, exuding, in their acknowledgments, a kind of warmth toward humankind as represented by the USPS.

Pelish alludes to Jeff Van Bueren’s article “Postal Experiments”, which was published in Annals of Improbable Research  vol. 6, no. 4. Postal Record, published by the National Association of Letter Carriers, wrote its own appreciation, in 2011, of  Van Bueren’s study.