“Statistics show that half the world population chews pens, markers and pencils.”

If one happens to be in that 50%, then why not put the habit to good use? For example by using pens or pencils (or other writing instruments) with interchangeable flavoured caps? Or even ones with, say, dental whitening agents? In either case – explains US patent 7131785 : 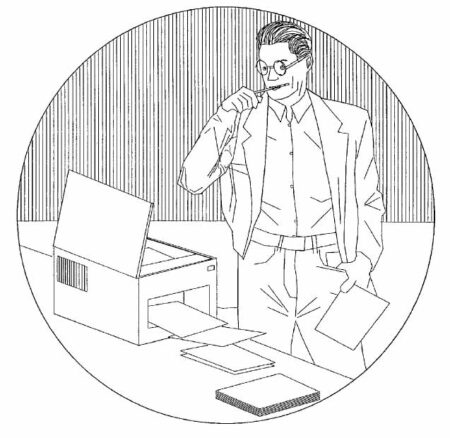 “The cap may be inserted into the mouth of a user for chewing.“

And, furthermore, there’s a feature that perhaps has even greater resonance nowadays than when the patent was issued in 2006 :

Reader/researcher Andrew.Mytelka has kindly provided documentation which shows that the concept of flavoured writing instruments was in existence at least four decades before the patent was issued. The scan below is from a copy of Charlie and the Chocolate Factory (Roald Dahl, 1964, p.120) 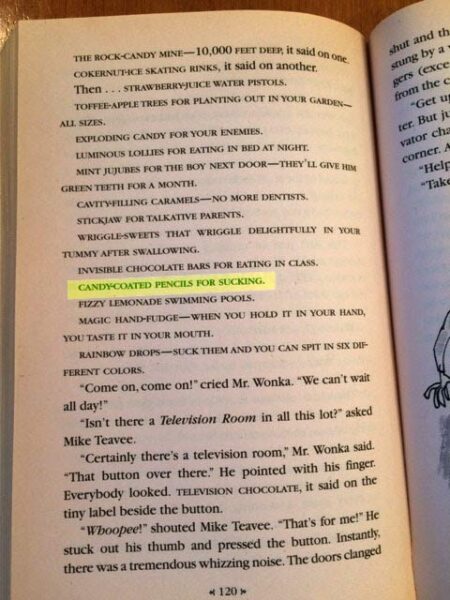