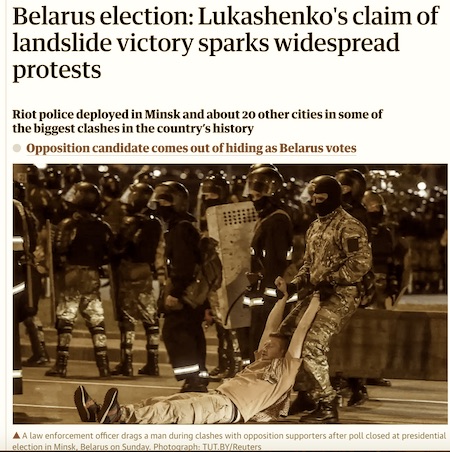 A Prize-winning President Who Gets No Applause

The 2013 Ig Nobel Peace Prize was awarded to Alexander Lukashenko, president of Belarus, for making it illegal to applaud in public, AND to the Belarus State Police, for arresting a one-armed man for applauding.