If you’re an enthusiast of Pogo Sticks, you may have been wondering whatever happened to the 2002 US patent application from inventors John Hackworth, Kirk Hackworth and Mark Soderberg for their tripodic Pogo Device . 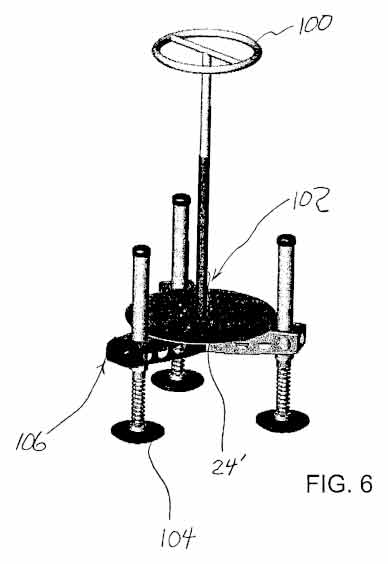 A more stable pogo stick device, which may or may not be steerable, employs multiple spring legs, at least one of which can have an alterable spring rate. To steer in a direction, the alterable spring rate is employed, whereupon the pogo will move in the direction of the softer spring. Further, a pogo stick with enhanced stability and safety is provided by employing multiple, vertical springing legs. A pogo with enhanced stability and widened foot platform provides the ability for a single rider to perform tricks and/or to allow multiple riders to jump together at the same time. “

For reasons that are not expanded upon in the official documentation, the application was : ABANDONED — FAILURE TO RESPOND TO AN OFFICE ACTION.

Bonus Assignment [optional] Determine, with explanations, the optimum number of legs for a pogo stick.