Is it possible to track down the actual detail of a single historical fact? Nick Spark tried. He published his discoveries first in the Annals of Improbable Research (volume 9, number 9), then in expanded form in a book. Three people he discovered—Murphy is one of them—shared an Ig Nobel Prize in 2003 for (probably) giving Murphy’s Law its name. 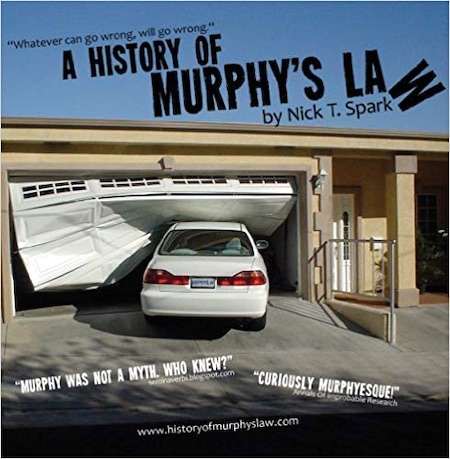 Nick Spark fell down a rabbit hole tracking down the origins of Murphy’s law, the ubiquitous phrase that says, “If it can go wrong, it will go wrong.” On this episode of Decoder Ring, we follow spark on his journey while taking a few detours of our own to find out how Murphy’s law was (maybe) born out of the rocket sled experiments of the dawning jet age. We talk to Spark, hear some of the recordings he collected during his own research, and speak to researchers who are skeptical of Nick’s hypothesis, all to try to find out how an obscure engineering aphorism spread to become a world-conquering philosophical observation. Some of the voices in this episode include Nick Spark, Craig Ryan (author of Sonic Wind, a biography of John Paul Stapp), George Nichols, David Hill Sr., Fred Shapiro, and Steven Sorenson.

Stapp is the fellow riding the rocket sled in this photo: