A press release from the University of Exeter proclaims: 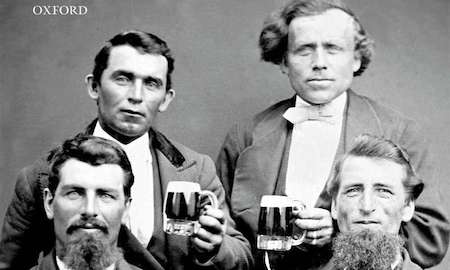 Alcohol tolerance may have saved our ancestors from extinction

The ability to process alcohol may have saved humanity’s ancestors from extinction, a new book suggests.

About ten million years ago, our African ape ancestors were eating fallen fruits on the forest floor—many of which would have begun to ferment and become alcoholic.

At the time, ape populations were crashing in the face of competition with monkey species which were able to eat unripe fruit—which apes, like humans, struggle to digest.

What seems to have saved at least one line of apes, the book says, was a genetic adaptation that allowed them to process alcohol, meaning they could begin eating overripe fruits….