“The Surprising Reason Zebras Have Stripes,” Ed Yong’s essay in The Atlantic, celebrates the most recently published research about how some large mammals manage to protect themselves against flies. Tim Caro and colleagues experimented with striped blankets, publishing their story in the research journal PLoS ONE. 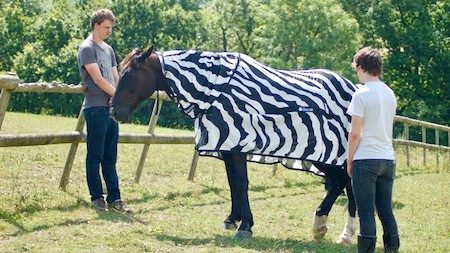 Ig Nobel Prize winners Gábor Horváth, Susanne Äkesson, and colleagues published a paper about the attractiveness or repulsiveness of zebra stripes to flies, in 2012 in The Journal of Experimental Biology. This year they published a paper in Royal Society Open Science about the effect, on flies, of stripes painted on humans. 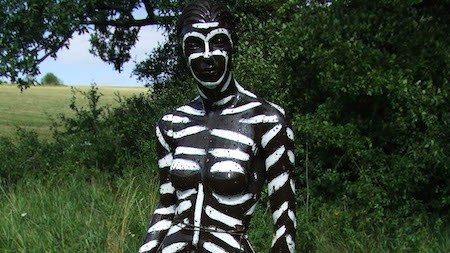 Last year, Ig Nobel Prize winner David Hu and colleagues published a paper, in the Journal of Experimental Biology, about how zebras and other animals use their tails to repel flies. Co-author Marguerite Matherne presented this research a few days ago, in the Improbable Research session at the AAAS Annual Meeting, in Washington, DC. 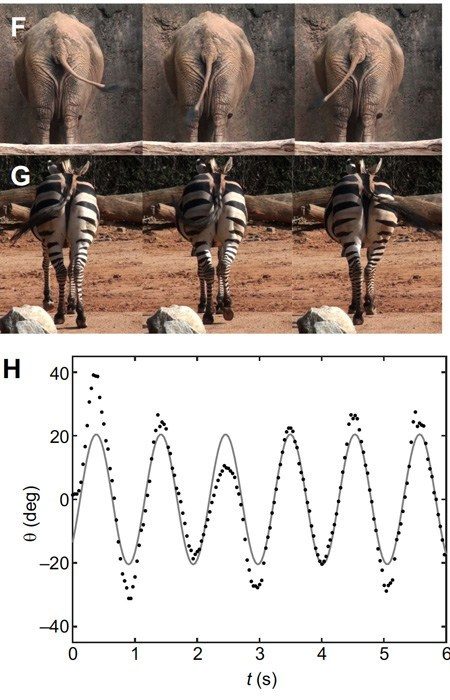 Humans, who generally have neither stripes nor tails, do sometimes make up for it by painting stripes on themselves, wearing striped clothing, or using fly swatters.

UPDATE: Tim Caro wrote an essay about his team’s research, in The Conversation: “Zebra’s stripes are a no fly zone for flies“.