The Swedish and Hungarian researchers who won an Ig Nobel Prize (in 2016) for discovering why white-haired horses are the most horsefly-proof horses, and for discovering why dragonflies are fatally attracted to black tombstones have published a new study, extending their work—to use painted stripes to protect human life. 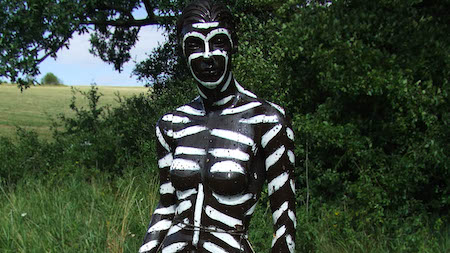 A report in Forskning, in Swedish, explains [here is a machine translation of that]:

Stripes on the body protect against blood sucking insects

Painted stripes on the body protect the naked skin from insect bites. It is the first time scientists have managed to prove that body painting has this effect. Painting the body thus provides protection against insect-borne diseases….

A Swedish-Hungarian research team now shows that body painting provides protection against the insects. A brown plastic model of a human attracts ten times as many brakes compared to a dark model painted with light stripes. The researchers also find that a beige plastic doll that they used as a control model attracts twice as many blood sugars as the striped model.

According to Susanne Åkesson, professor at the Department of Biology at Lund University, it is the first time that researchers find experimental support that body painting reduces the risk of insect attacks…. 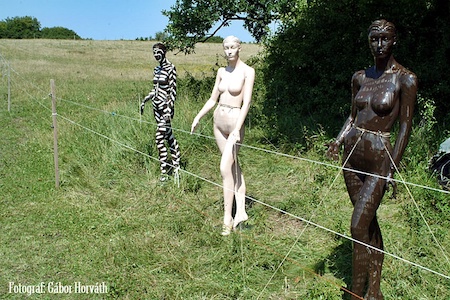 The experiment was done in Hungary. Part of the research team is based at Eötvös Loránd University.