Ig Nobel Prize winner David Hu and colleagues published a new study investigating why elephants and other tail-swinging mammals swing their tails. Specifically, they looked at how (and how well) tail-swinging repels insects. 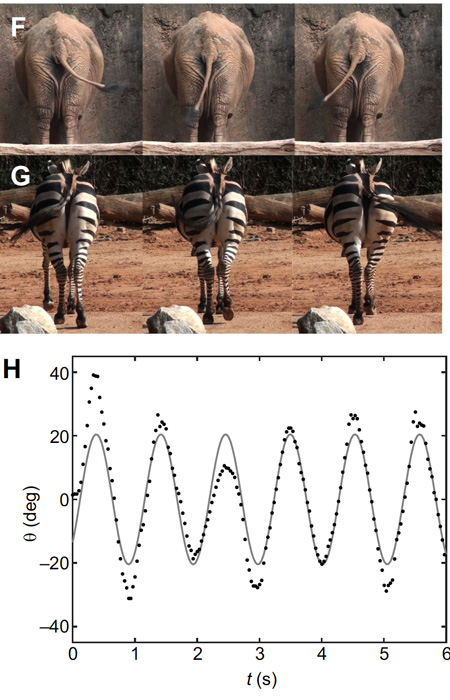 “The swinging of a mammal’s tail has long been thought to deter biting insects, which, in cows, can drain up to 0.3 liters of blood per day. How effective is a mammal’s tail at repelling insects? In this combined experimental and theoretical study, we filmed horses, zebras, elephants, giraffes and dogs swinging their tails. The tail swings at triple the frequency of a gravity-driven pendulum, and requires 27 times more power input. Tails can also be used like a whip to directly strike at insects. This whip-like effect requires substantial torques from the base of the tail…, comparable to the torque of a sedan, but still within the physical limits of the mammal. Based on our findings, we designed and built a mammal tail simulator to simulate the swinging of the tail. The simulator generates mild breezes…, comparable to a mosquito’s flight speed, and sufficient to deter up to 50% of mosquitoes from landing. This study may help us determine new mosquito-repelling strategies that do not depend on chemicals.”

Kathryn Knight, writing in that same journal, talks about the wonders of this tail-swinging study: “Tails guard against voracious insects with curtain of breeze.”

BACKGROUND: David Hu and other colleagues at Georgia Tech were awarded the 2015 Ig Nobel Physics Prize for testing the biological principle that nearly all mammals empty their bladders in about 21 seconds (plus or minus 13 seconds). The new tail-swinging study cites, among other studies, one that itself led to an Ig Nobel Physics Prize (in 2016):

BOOK: David Hu has a new book called “How to walk on water and climb up walls,” which he will present on tour in the coming months. 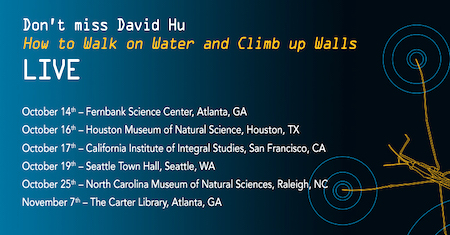 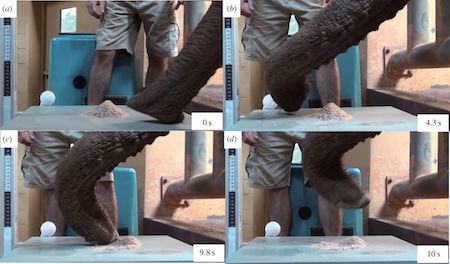