Menelaos Apostolou, Associate Professor of Evolutionary Psychology at the University of Nicosia in the Republic of Cyprus, wondered why so many men on Reddit do not have an intimate partner.

Apostolou is also lead author on a recent study that explains that lesbians have evolved to please men. We wrote about that study. That study is called “The evolution of female same-sex attraction: The male choice hypothesis.”

On the new question—about why so many men on Reddit do not have an intimate partner—Apostolou did what professors of evolutionary psychology sometimes do when wondering about a question. He looked at data, and wrote a study about what he saw and what he thought about what he saw.

Here is a little chunk of a data table from the study: 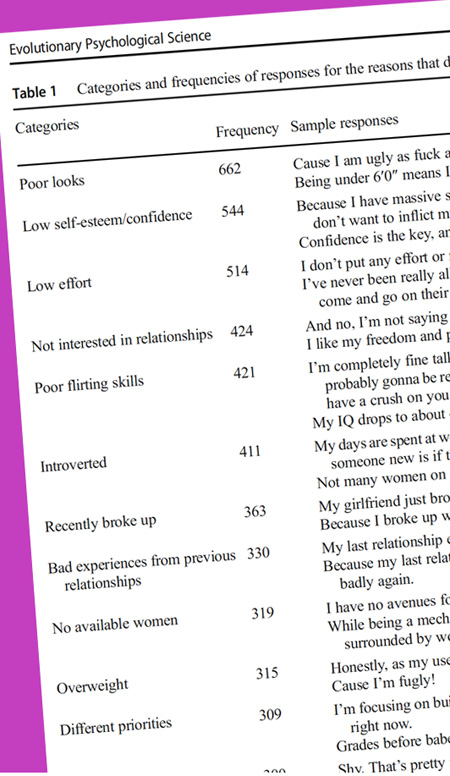 “In Western societies, a substantial proportion of the adult population does not have an intimate partner. The current paper puts forward an evolutionary theoretical framework, where people stay single for three main reasons, namely the mismatch between ancestral and modern conditions has resulted in several individuals lacking the adaptations necessary for attracting and retaining mates, individuals can increase their fitness by opting out of relationships, and individuals have constraints that prevent them from attracting a mate. The paper attempted to identify the reasons that drive men to be single and to investigate whether they were consistent with the proposed theoretical framework. More specifically, 13,429 responses from a recent Reddit thread were analyzed, and 6794 responses were coded and classified in 43 categories. Among the most frequent reasons that men indicated for being single included poor flirting skills, low self-confidence, poor looks, shyness, low effort, and bad experience from previous relationships.” 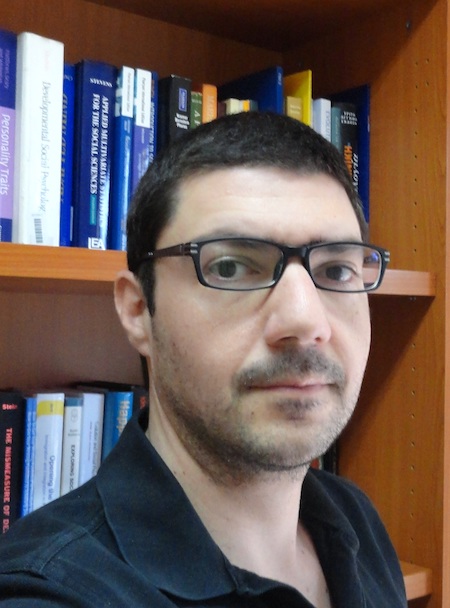 Apostolou also wondered “Why Do Men Play and Watch Sports?” He has thought and written about that question:

“[This] gives rise to another question, namely “Why people’s mind interprets doing and watching sports as entertaining?” In an evolutionary perspective, people interpret as entertaining and enjoyable these activities which, in an ancestral context, enabled them to increase their reproductive and survival success, usually termed fitness…

“In human species, one way for men to gain access to the reproductive capacity of the opposite sex is to fight other men and monopolize access to women. This so-called male-male competition results in fights between men which can…”