Researchers in Cyprus gathered info about men’s sexual desire for lesbians. Then, having satisfied their desire to collect that info, the researchers explained what it means to them. The study is: 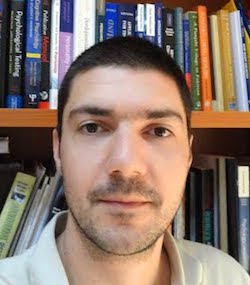 Apostolou, Shialos, Khalil, and Paschali gathered data: “This theoretical framework was used to generate four predictions that were tested in two online studies which employed a total of 1509 heterosexual participants. ”

Apostolou, Shialos, Khalil, and Paschali explain that the data confirms their expectations about what some men find sexually attractive about some women sometimes:

“It was found that… a considerable proportion of heterosexual men desired partners who experienced same-sex attractions. In addition, it was found that men were more sexually excited than women by the same-sex infidelity of their partners, and they desired more than women, their opposite-sex partners to have sex with same-sex individuals. Finally, participants’ preferences were contingent on the seriousness of the relationships, with same-sex attraction to be preferred more in short-term than in a long-term partner.”

Apostolou, Shialos, Khalil, and Paschali arrive at a new understanding about evolution:

BONUS: The newspaper El País supplies its own interpretation of this study, pointing out that “no homosexual woman has been interviewed in this study.”