How to use smartphones to pick up sex partners is a problem that’s been studied by scholars. Now, three other scholars have studied those studies. Here’s what they say they found: 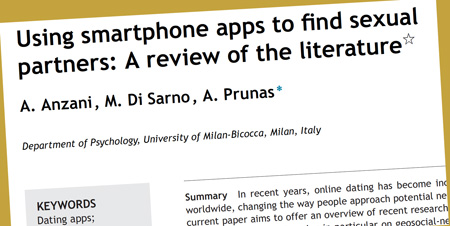 The authors, at the University of Milan-Bicocca, Italy, explain: 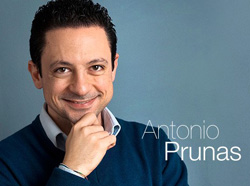 The current paper aims to offer an overview of recent research on mobile dating apps as a way to ﬁnd sexual partners… The average app user proﬁle is that of a white man having sex with men (MSM), between 25 and 35 years of age, with high education and income, who has a large number of sexual encounters and often engages in risky behavior (e.g., unprotected anal intercourse, drug or alcohol use during sex). Studies in the ﬁeld suffer from several limitations, including a… paucity of studies on the positive sexual and relational outcomes of app use; ﬁnally, few studies explored app use in the LGBTQIA population as a whole, in addition to heterosexuals….

Finally, the large majority of studies were conducted in the United States, Australia or Asia, and there is still a lack of data from European countries.