Can one ever count on Satan and be sure that the count is accurate? A new tally has just been announced. Details are in this study: 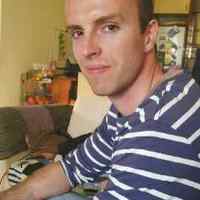 “This study counts references to Satan in the NT, by any designation. First, all candidate texts are surveyed. These include occurrences of the words σατανᾶς and διάβολος (with and without the article) and 30 other terms which potentially refer to Satan, descriptively or allegorically. Having laid ground rules for counting potential references in close proximity, candidate texts in which the referent is uncertain are analysed exegetically to decide whether they do refer to Satan. These include texts in which σατανᾶς or διάβολος occurs without the article and texts in which neither σατανᾶς nor διάβολος occurs. Through exegesis, a final count of 137 references to Satan in the NT is obtained. An alternative, probability-weighted approach estimates the number at 129.2. In either case, the total is strikingly greater than a simple summation of instances of σατανᾶς and διάβολος.”

(Thanks to Dan Vergano for bringing this to our attention.)