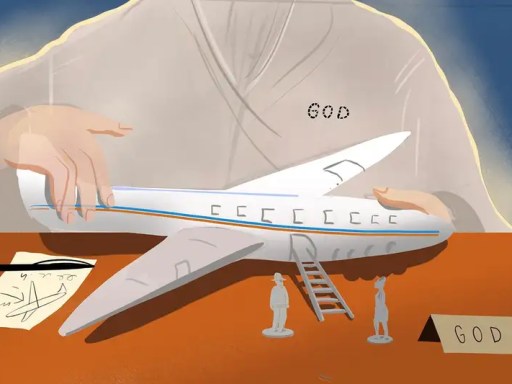 This week’s Feedback column (that I write) in New Scientist magazine has three segments. Here are bits of each of them: God’s recent works — What has God done lately? Professionally, much of God’s work these days aims to help humans fly more safely, more efficiently and more profitably. As head of the Institute for Aircraft Cabin Systems […]

Can one ever count on Satan and be sure that the count is accurate? A new tally has just been announced. Details are in this study: “Diabolical Data: A Critical Inventory of New Testament Satanology,” Thomas J. Farrar [pictured here] and Guy J. Williams, Journal for the Study of the New Testament, vol. 39, no. […]

Some further items from the Lowering the Bar blog’s collection of legal cases worth pondering, if not studying [that’s our description, not necessarily Lowering the Bar‘s, though not necessarily not, either]: Pardue v. Turnage (La. App. 1980) (“An exhaustive reading of the entire record convinces this court that Kenneth Turnage did give his stuffed bear to the Lessards.  For the trial […]

Now that Christmas is approaching, there may be no better time to ask such questions as “Is Santa Claus under threat?” – maybe, say, from the ‘Audit Culture’, which involves an inversion of his benign characteristics in terms of suspicion and surveillance? And just such questions have been examined by Professor Ian Stronach (Liverpool John […]