There is yet another new documentary about Dr. Nakamats, the man who has more than 3500 patents and who was awarded an Ig Nobel Prize (in 1995, for having photographed every meal he had consumed for the previous 34 years), and who is still alive despite the predictions of his doctors.

CNN’s Make, Create, Innovate program has just broadcast a two-part report called “The most inventive man in the world”. You can watch it online: Part 1, Part 2. 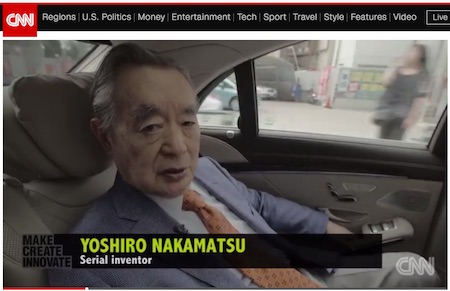