Here’s a scientific study that combines the era’s most irresistible topics — romance, food, and dieting  — with the era’s favorite cogno-intellectual expensive electromechanical procedure, fMRI. The study is:

“The way to her heart? Response to romantic cues is dependent on hunger state and dieting history: An fMRI pilot study,” Alice V. Ely, Anna Rose Childress, Kanchana Jagannathan, Michael R. Lowe [pictured here], Appetite, Volume 95, 1 December 2015, Pages 126–131. (Thanks to David Benoit for bringing this to our attention.) The authors, at Drexel University and the University of Pennsylvania, explain: 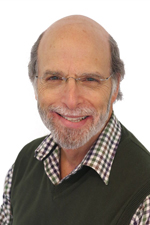 Participants were instructed not to eat or drink anything apart from water for 8 h prior to their scanning study visit…. After the first block participants consumed chocolate-flavored Ensure® (500 kcal, 12 g of fat, 80 g carbohydrate, 18 g protein)… all participants were scanned first in the fasted state and second in the full state…. 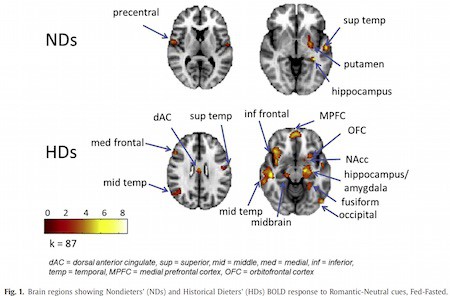