Inventor Behnam Azizkhani describes a newly patented (US 9,089,597) medical treatment (for herpes and other conditions) involving intravenous diluted garlic juice injections – which were self-tested. The patent includes this compelling technical drawing; the inventor is represented, graphically, as the bottommost element of the drawing: 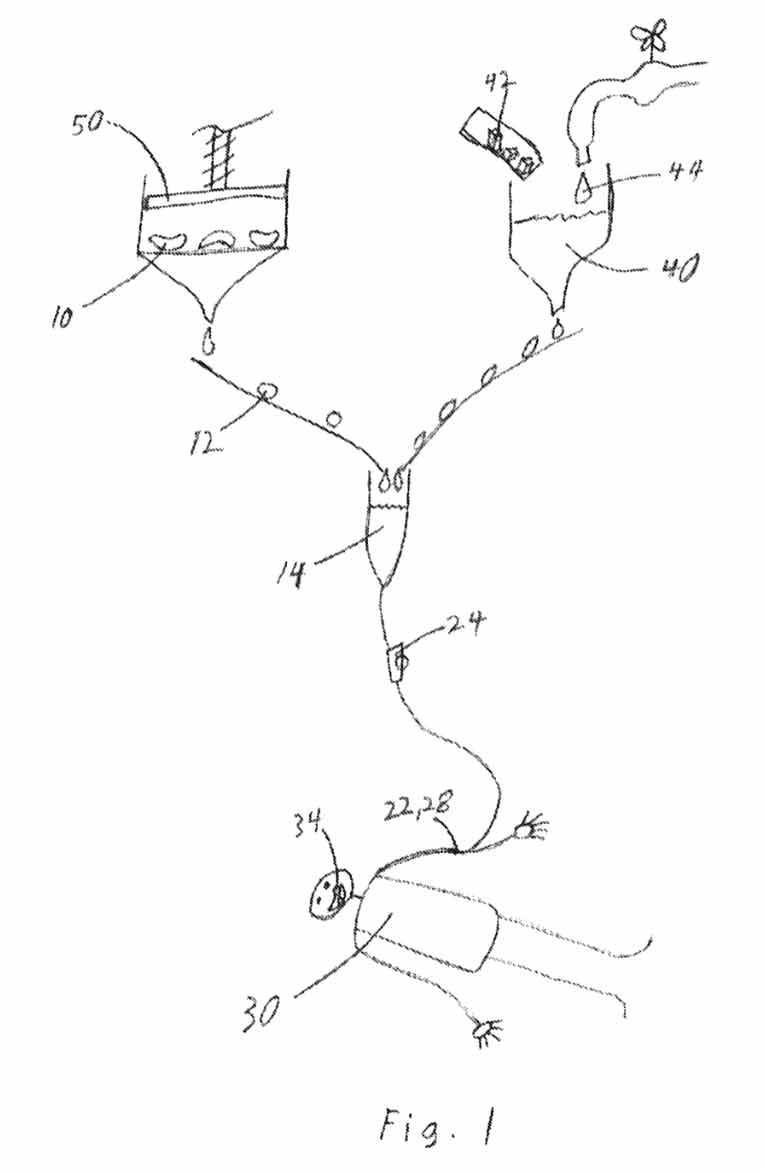 Please note: Improbable strongly recommends that interested parties should consult qualified medical professionals before undertaking any treatments, garlic-juice based or otherwise, for herpes, antibiotic resistant bacterial infections, cutaneous Leishmaniasis, malaria, multiple sclerosis or any other diseases or medical conditions mentioned in the patent.

Here’s further detail from the patent:

The inventor completed several IV injections into himself after the first one, as summarized below. In these tests, the garlic solution was injected over a 5 hour period, the garlic was more dilute than the initial 0.5 cc injection, and there was no phlebitis (redness or soreness of the injection vein), and no sign of any allergic reaction or shock.

After the 10 self-injections, the inventor determined there were no notable or irreversible side effects when injection 5 cc of pure garlic juice diluted in 500 cc of normal saline into a 70 kg person. At this point, the inventor decided to extend the research to willing and properly informed volunteers. The inventor initiated human trials of IV injection of garlic solution with willing volunteers (who reviewed and signed approvals to participate) on the 24.sup.th of March, 1999, and tests continued for approximately 2 years.“