“Knitting is usually considered a female activity and females are usually not considered to be inclined to mathematics, or to science in general. Nevertheless mathematical skills are necessary for knitting, because they help to realize symmetries, inversions, scalings and proportions; good abstraction capabilities are indeed needed to figure the final result out and to map the idea of a pattern into a knitted form. Therefore, even illiterate women use mathematics while knitting, without knowing it.” 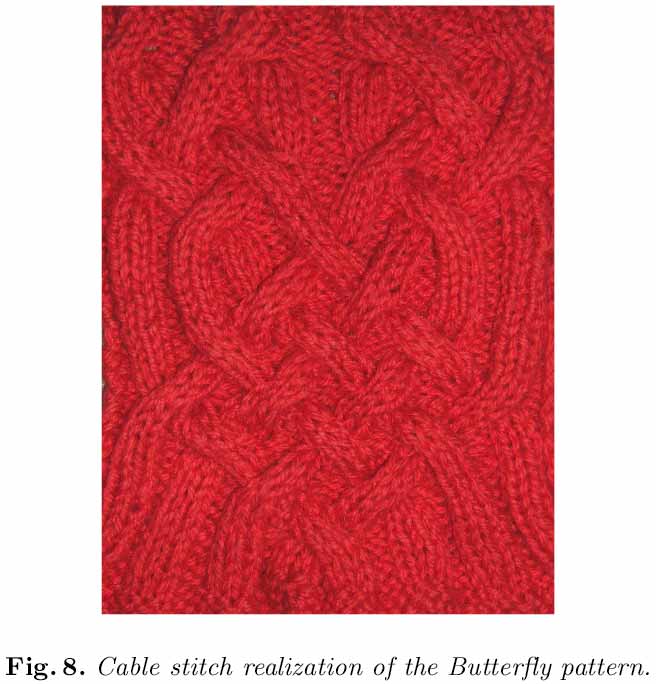 “Computer science, in particular algorithm theory, can suggest a lot of powerful tools that can be used both in descriptive and prescriptive ways and that apparently have not yet been used for creative knitting.”

“It could be also nice to organize, for educational purposes, an introduction to basic concepts of computer science completely based on knitting, obviously for women only!”

The paper may be read in full here: