The ‘Fat Finger Syndrome’ is a semi-affectionate nickname used by computer programmers – meaning ‘making typing errors’. As anyone who has tried their hand at programming will know, a seemingly tiny error (for a human), for example simply substituting a   ;    for a   :    can render a programme completely unusable. But it seems some programming languages are (far) more tolerant of ‘Fat Fingers’ than others. Professor Diomidis Spinellis, and colleagues Vassilios Karakoidas, and Panos Louridas of the Athens University of Economics and Business set out to compile a Fat Finger tolerance chart.

“In practice, the errors that we artificially introduced into the source code can crop up in a number of ways. Mistyping-the ‘fat fingers’ syndrome-is one plausible source. Other scenarios include absent-mindedness, automated refactorings, gone awry (especially in languages where such tasks cannot be reliably implemented), unintended consequences from complex editor commands or search-and-replace operations, and even the odd cat walking over the keyboard.”

The results of their tests were comparatively dramatic: 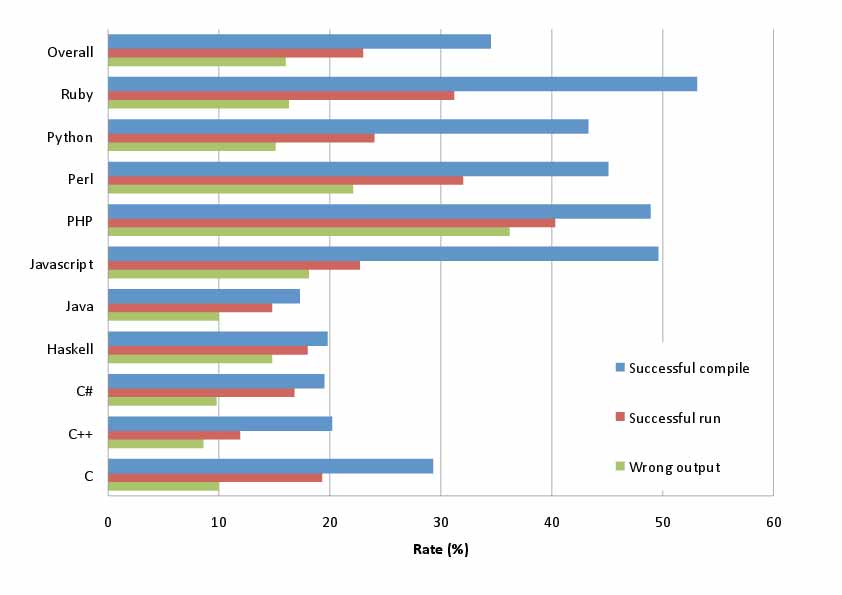