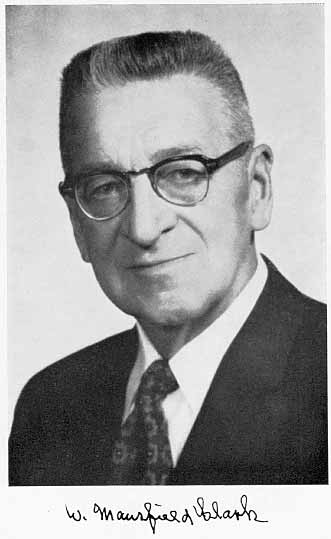 The formation of holes (a.k.a. ‘eyes’) in Swiss Cheese has been the focus of intense scientific scrutiny for more than a century. For a state-of-the art review of the literature – as it was around 100 years ago – see the work of William Mansfield Clark, [pictured right] late DeLamar professor of physiological chemistry at the Johns Hopkins University School of Medicine, who authored the landmark study On the Formation of “Eyes” in Emmental Cheese in 1917. (It was published in the post-inaugural second issue of the Journal of Dairy Science.) The professor concluded that the mysterious growth of large holes (rather than myriads of small ones) was akin to crystal formation, in that they appeared to be ‘seeded’.

“There is really little reason, as well as little evidence, to support the assumption that the gas necessarily separates as gas bubbles where it is produced. It is not at all irrational to suppose that the gas, having first saturated the cheese mass, separates at advantageous points which have no necessary relation to those localities rich in bacterial growth. In other words we may suppose a process similar to the growth of crystals to take place.”

The lack of an exact description of the eye-forming mechanism provided impetus for future investigators of affinage. Since then, teams of cheese-bubble researchers across the globe have used Scanning Electron Microscopes, Computerised Image Analysis, X-rays, Ultrasound and even Nuclear Magnetic Resonance techniques to probe, measure, quantify and generally investigate the holes – with the objective of finally pinning down exactly how they form. For those keen to evaluate the latest progress, an entire chapter in the Technology of Cheesemaking (Second Edition) 2010, entitled ‘Eye Formation and Swiss-Type Cheeses’ is devoted to explaining the recent developments in the area. But comprehensive though the 22 page resumé certainly is, the authors point out that after all this time, enigmas still remain …

“A nucleus is necessary for the eye formation (Clark, 1917). It could be an air bubble attached to a solid curd particle, but the nucleation is not yet clearly understood.”

For cheese gourmets, holes can either add to, or detract from the attractiveness of cheese : Emmenthal is generally considered to be desirable if it has large ‘eyes’, Gruyère often has eyes too, but smaller, while others such as Beaufort are normally preferred ‘blind’.

FURTHER IMPROBABLE READING around the philosophy of holes in general :

• The Shape of Holes