The shape of American presidents faces tells much about how they would and did act, suggests a new study (which cites a recent similar study about corporate CEOs’ face shapes and their companies’ performance): 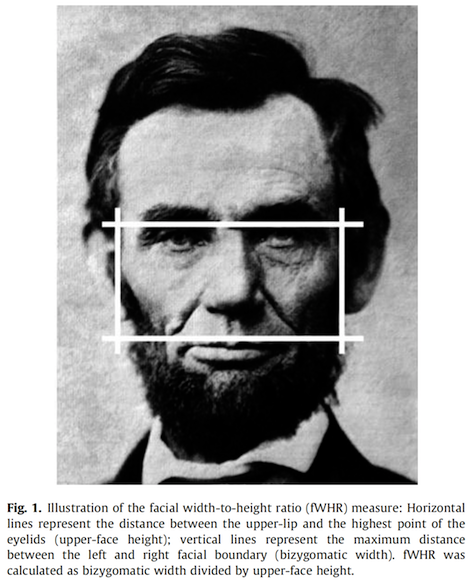 “Facial width-to-height ratio (fWHR) has been associated with aggression, unethical behavior, company profit, and dominance; however, it is currently unclear whether this facial trait relates to politically relevant character traits. Here we examine fWHR in an elite sample of political leaders, former US presidents (n = 29), who were rated for forcefulness, pacifism, inflexibility, and achievement drive; traits potentially linked to fWHR. The first three of these traits were unrelated to fWHR, but we found a positive association between fWHR and achievement drive (r = .58, p < .01), and a negative association to the trait “poise and polish” (r = −.38, p < .05). These results extend associations of behavior with facial structure to individuals in the highest echelons of power, suggest connections from biology to politically relevant character traits, and indicate that fWHR may also be associated with achievement-striving alongside associations with dominance and aggression” 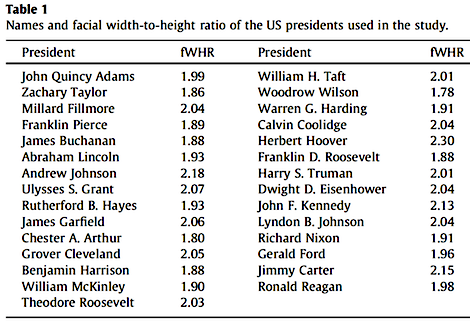