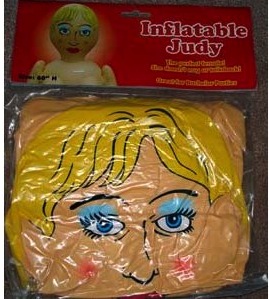 A generic life-size doll, with no modifications, was the key element in at least one unplanned experiment — the experiment documented in a 1993 monograph called Transmission of Gonorrhoea Through an Inflatable Doll, published in the journal Genitourinary Medicine. But generally, scientists who conduct planned experiments that rely on life-size dolls prefer to carefully optimise, or even create, their own doll.

That unplanned inflatable doll experiment centred on a ship’s captain who “with some hesitation … told the story” while being treated at a sexual disease clinic in Greenland. The captain had without permission entered an absent crewman’s cabin, borrowed a piece of equipment, and later suffered the consequences.

That inflatable doll was not purpose-built for scientific use. Only through delightful happenstance did it satisfy the scientists’, as well as the captain’s, needs. Most scientists hate to depend on serendipity, especially if they have to depend on a doll.

A new study called Convective Heat Transfer From a Nude Body Under Calm Conditions: Assessment of the Effects of Walking With a Thermal Manikin [mannequin] exhibits the forethought and niggling care that can go into acquiring a suitable nude doll….