Audio engineers can, famously, be finicky in selecting the very most right equipment for a task. Investigator Julia Lunetta alerts us to a report about one instance of this: 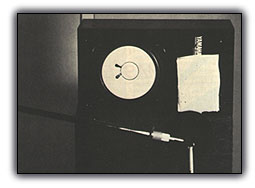 …As I can best determine, this phenomenon began on the East Coast with an engineer that was having a string of hits, and who spoke of his NS-10M monitoring technique in a number of different interviews. Other engineers then zeroed in on the technique, hoping that it would give them the secret for producing hits. And so the legend grew. This is not merely a practice restricted to the U.S., as one can observe the same occurrence in foreign studios and publications….