Investigators Geri Sullivan, Gavi Levy Haskell and Susan Levy Haskell have knitted a gallery full of bacteria, a few varieties of which are shown here.  The undertook the project partly in honor of this year’s Ig Nobel Prize ceremony, where the theme is BACTERIA and where everyone will be covered, one way or another, with bacteria. Geri Sullivan explains:

Photo credit goes to Gavi Levy Haskell on everything except one, which I took because Gavi had much more of a sense of how to be a hand model than I did. Hair and hands provided by Gavi Levy Haskell. (Yes, we hung the hanging E. coli using hairs from her head. Strong stuff — it even held the bacillus, but the hand shots of it were better.) 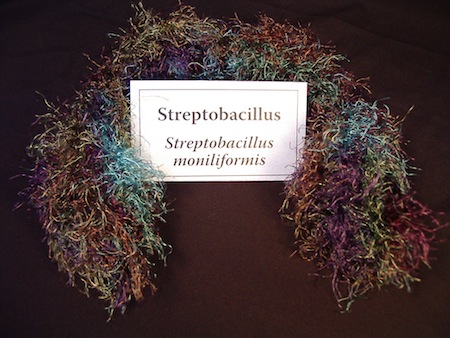 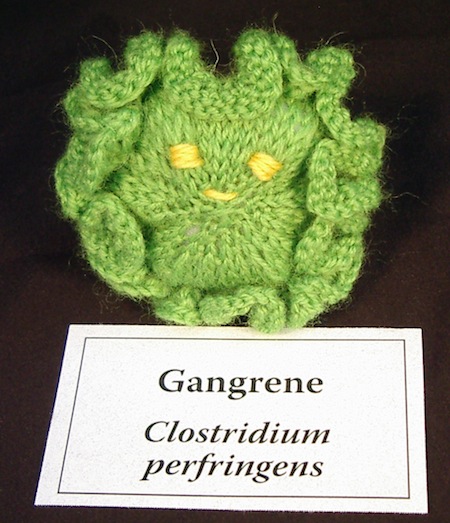 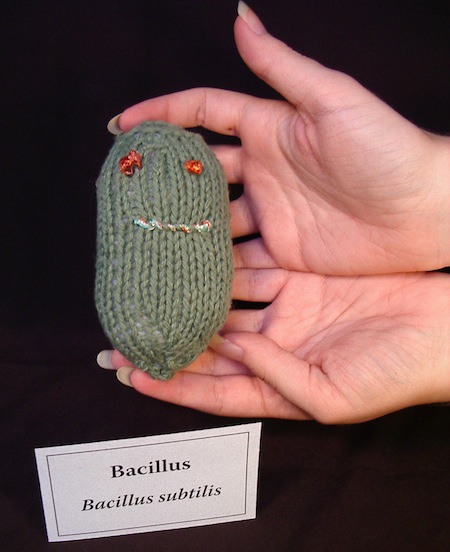 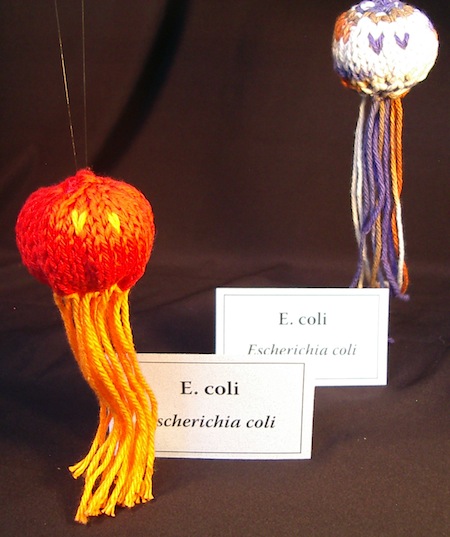