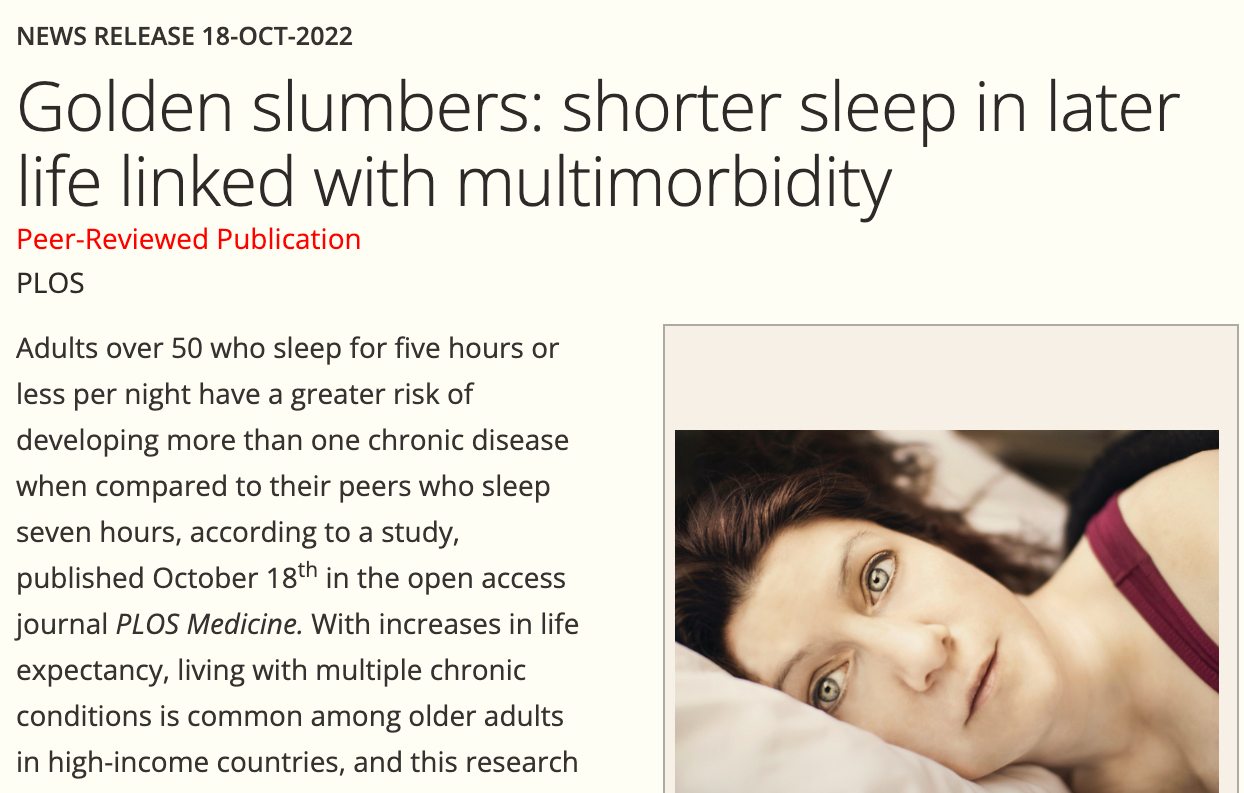 Phrasing something a different way can flip its apparent meaning. Here’s an example. A press release begins by saying this:

Now re-phrase that — in a way that is equally true — and its apparent meaning, suggesting what causes what, seems to become almost opposite:

That press release, and that study

How it plays out in the press

You can see how this plays out in news reports by doing a little googling. Or closely reading the New York Times report., which says: “a recent study found that adults over 50 who slept for five hours or less each night had a greater risk of developing chronic diseases than those who slept for at least seven hours.”