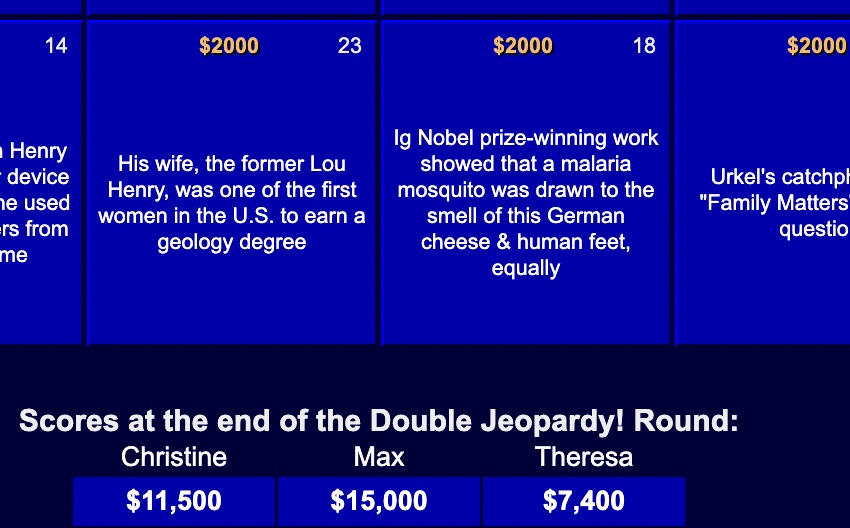 Today the Ig Nobel Prizes made another appearance on the Jeopardy! TV game show, this time as an answer. It refers to the 2006 Ig Nobel Biology Prize, which concerned malaria mosquitoes, human feet, and Limburger cheese.

Note: The Jeopardy! wording refers to the cheese as being German, but Limburg, home of the fragrant cheese, is a bit to the west of Germany.

The Igs have been an entire category on Jeopardy at least eight times, in the past.

(Thanks to Martin Eiger for bringing this to our attention.)