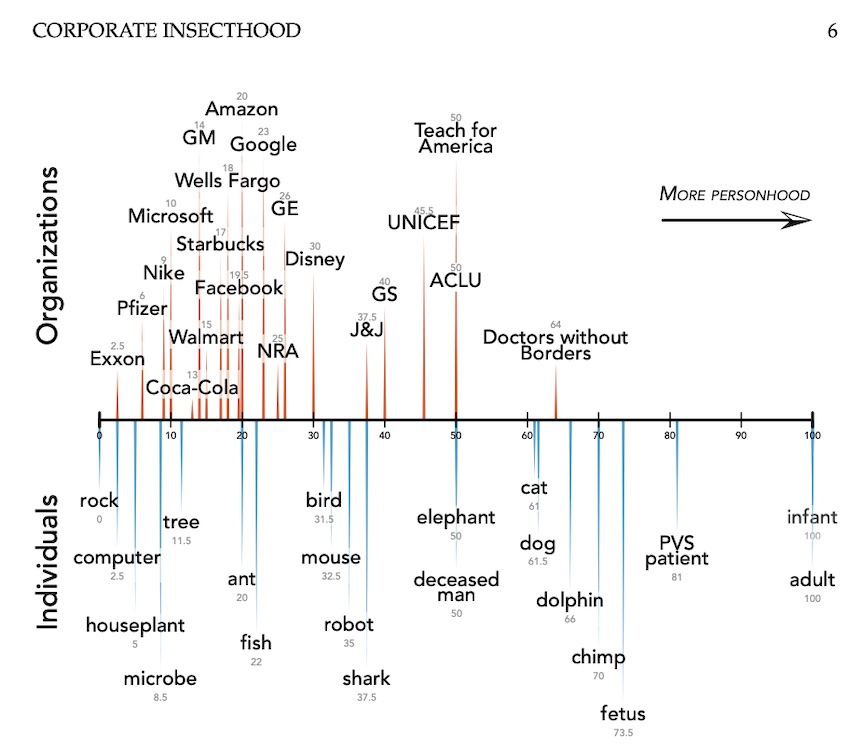 “Whether the corporation should be considered a person is a matter of active academic and public debate. Here, we examine whether, and in what ways, ordinary citizens conceptualize the corporation as a person. We present evidence that corporations are anthropomorphized, but only to a certain degree. Compared with other entities, the average corporation is considered about as similar to a person as an ant.”