What might be the advantages of “square” cigarettes? In 1999, the US tobacco company R.J Reynolds employed the Opinion and Marketing Research firm Delta Research to investigate. 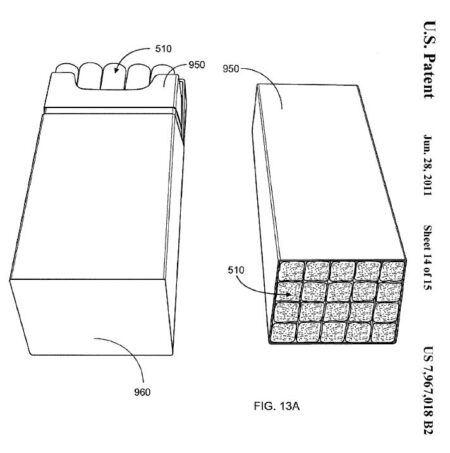 Participants of two “Consumer Idea Generation” (CIG) focus groups from Indianapolis were paid $35 each (plus dinner) to list (amongst other things) possible advantages of “Square” cigarettes. The findings :

• Won’t roll off a table
• Easier to package
• Easier to hold
• Prettier
• More tobacco in each cigarette
• Less awkward
• Won’t roll into the ashtray
• Could be packed tighter
• Would fit into an ashtray better
• Easier to put out
• Won’t roll into sink
• Could wrap sandpaper around a square cigarette and use it to sand small places
• Could get more in the same sized package, or get the same number in a smaller package
• Square cigarettes wouldn’t bend as easily
• Could do better bar room tricks and games
• Would use less paper
• Wouldn’t have to chase down a rolling cigarette to step on it to put it outlined
• Safer, because a lit cigarette wouldn’t roll under things (furniture)
• You could build model log houses with working chimneys

See : Page 25 (27 in the original) of R.J. REYNOLDS TOBACCO CO. CONSUMER IDEATION FOR PRODUCT DEVELOPMENT INDIANAPOLIS, INDIANA–MARCH 30-31, 1992 (920330-920331). Acquired in 2002 by the University of California San Francisco as part of the The Truth Tobacco Industry Documents archive.