Gadgeteer Ron Popeil, who was awarded the 1993 Ig Nobel Prize for consumer engineering, has died, according to press reports. The famed inventor was cited, in winning that Ig Nobel prize, for “redefining the industrial revolution with such devices as the Veg-O-Matic, the Pocket Fisherman, Mr. Microphone, and the Inside-the-Shell Egg Scrambler.”

Here is a report, by TMZ, about his passing: 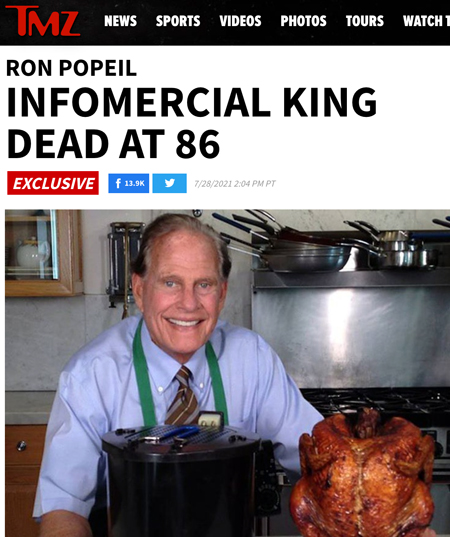 Behold video recordings of a few of the many television commercials in which Ron Popeil and his minions promoted his inventions, many of which were marketed under the name “Ronco”: