The answer lies in the design of its embossed cushioning pattern . . . The tiled design is a version of Penrose Tiling – a mathematically repeating pattern which was devised (or if you prefer discovered) by Nobel Prize winner Sir Roger Penrose CM FRS in the mid 1970s.

At the time, professor Penrose and his associates were not overly amused – to the extent that they started a litigation process against Kimberly-Clark Ltd. (the UK-based wing of the owners of the Kleenex brand)

Note: The tiling was awarded a US patent in 1979 – which has now expired. Here is another example pattern : 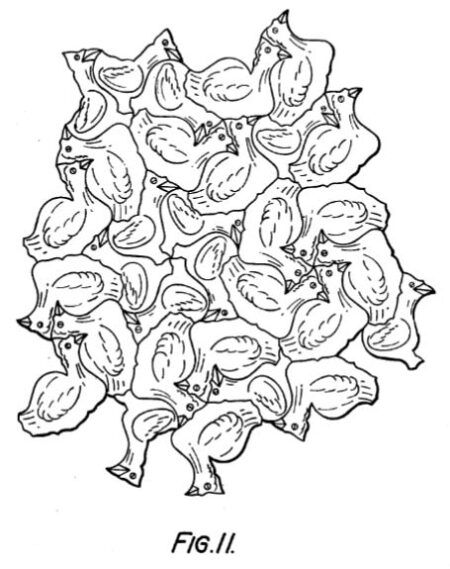 Photo credit : The photo-illustration top-right is an enlarged crop from a CC licenced photo provided by the The Board of Trustees of the Science Museum