The higher one stands skeletally, the higher one is likely to rise in rank, if one is officially part of Dutch policing, suggests this study: 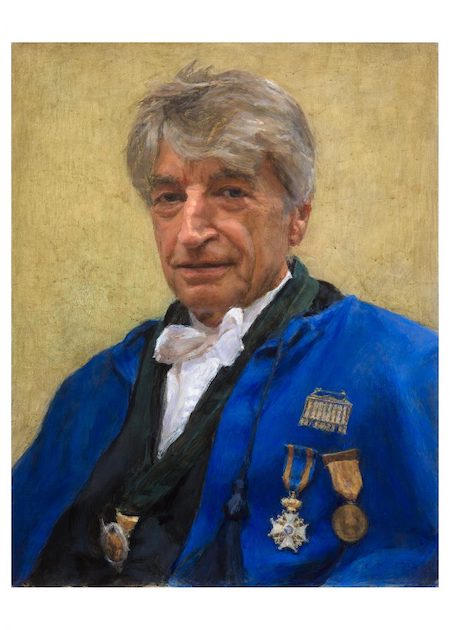 The authors, at the University of Groningen, KU Leuven, and Utrecht University, explain: 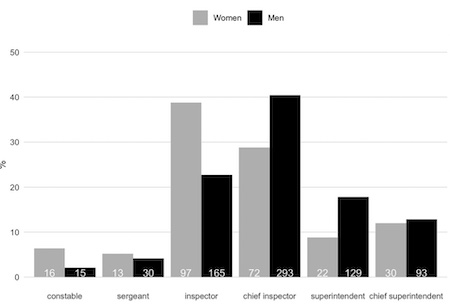 “This study among 725 male and 247 female police officers from The Netherlands examined the association between self-reported height and occupational rank from the perspective of sexual selection. Male and female police officers were taller than the average population. A larger percentage of women than of men was found in the lowest ranks, but in the leadership positions, there was a similar percentage of women as of men. Overall, but especially among women, height was linearly associated with occupational rank: the taller one was, the higher one’s rank.”

The graph you see here comes with this explanation: “Percentage of women and of men in the various ranks. The percentages refer to the percentage within each sex in a given rank. Numbers in white represent sample sizes in each rank.”