As a newly discovered corona virus spreads through an increasingly anxious world, advice is being offered—and sometimes mocked—about the mundane-seeming question of facial hair. The basic safety question was investigated more than fifty years ago—and that investigation was honored ten years ago with an Ig Nobel Prize.

Also: Today the Trump administration took a new step—in selecting a leader for its corona-virus-related research and response efforts—that falls in line with another, very different, Ig Nobel-Prize-winning achievement.

The Prize for Investigating the Biological Hazard of Facial Hair

The 2010 Ig Nobel Prize for public health was awarded to Manuel Barbeito, Charles Mathews, and Larry Taylor of the Industrial Health and Safety Office, Fort Detrick, Maryland, USA, for determining by experiment that microbes cling to bearded scientists.

The team described its finding in the study: “Microbiological Laboratory Hazard of Bearded Men,” Manuel S. Barbeito, Charles T. Mathews, and Larry A. Taylor, Applied Microbiology, vol. 15, no. 4, July 1967, pp. 899–906. Those findings, we have been told, then formed the basis of safety regulations adopted by biological-hazard laboratories around the world.

Here are some details from that study: 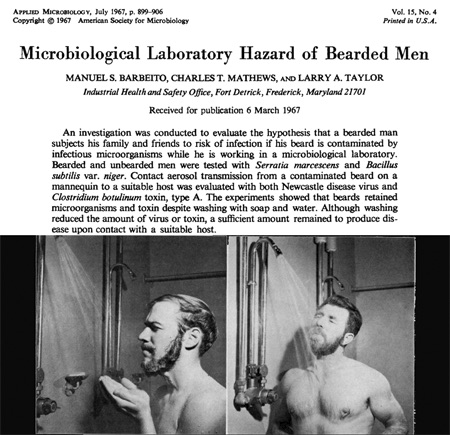 This new paring of biomedical resources—resources directly aimed at handling infectious diseases— is happening two years after the Trump Administration shut down the CDC’s Pandemic Response team. The acronym CDC stands for the Centers for Disease Control.

Beards, of course, are just one small aspect of this increasingly hairy public health situation.

The Trump administration announced, today, that it is placing an amateur disease enthusiast in charge of the USA’s entire effort to deal with the new disease: “Trump puts Pence in charge of US coronavirus response.” Pence is Mike Pence, Vice President of the United States, who is renowned for his carefully combed hair. Pence is also renowned being the current chairman of the National Space Council and for his recent appointment to head the new US Space Force. In a previous job, as governor of the state of Indiana, Pence was appreciated for his efforts that helped spread the HIV virus.

[UPDATE Feb 27: The New York Times reports: “Pence Will Control All Coronavirus Messaging From Health Officials—…The decision to put Mr. Pence in charge was made on Wednesday after the president told some people that the vice president didn’t “have anything else to do,” according to people familiar with the president’s comments.”]

Pence’s scientifical duties lie squarely in a tradition established thirty years ago, a tradition that was itself honored with an Ig Nobel Prize. The 1991 Ig Nobel Prize for education was awarded to then US Vice President (and first chairman of the National Space Council, ) J. Danforth Quayle, for demonstrating, better than anyone else, the need for science education. Quayle, like Pence, was noted for having well-combed hair.

(The Trump administration honored another Ig Nobel Prize winner just a week ago, when it pardoned Michael Milken, the recipient of the very first Ig Nobel Prize for economics.)

The Ig Nobel Prizes, including the prize awarded a decade ago for the beards research, honor things that make people LAUGH, then THINK.

Some reactions to what’s happening, some of them fanned by much-spun news coverage, illustrate a very different approach to surprising information: LAUGH, then DON’T THINK. Here’s an example of that.

Some CDC General Info about About Facial Hair Precautions

As many facial-hairy people contemplate the prospect of whether and how to wear a face mask, the CDC has long provided some general information and guidance, beginning with an attention-inviting pair of posters: 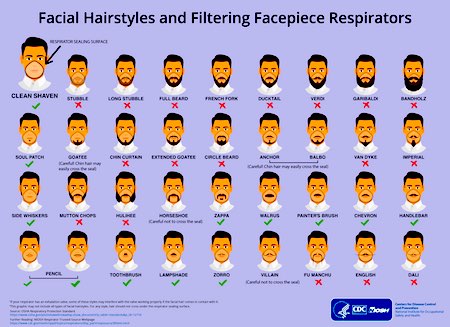 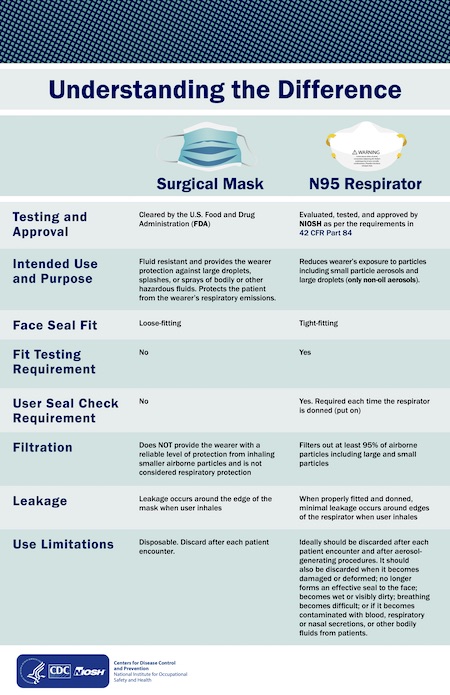 The reaction now from some people, with a newly possible pandemic lurking, has been to mock the posters and the advice, and mock even the idea of asking questions.