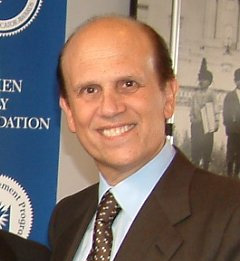 Michael Milken, the very first winner of the Ig Nobel Economics Prize, was pardoned today by the current President of the United States, Donald Trump.

The 1991 Ig Nobel Prize for economics was awarded to “Michael Milken, titan of Wall Street and father of the junk bond, to whom the world is indebted”.

Now that Michael Milken has secured a pardon from President Trump for financial crimes he was convicted of three decades ago, can the man, once known as the “junk bond king,” rejoin the securities industry?

The answer is yes, but the outcome won’t be so simple. Milken, at least for now, is telling reporters he has no plans to get back into the business of Wall Street. It was there, during the finance boom of the 1980s, that he made tons of money on junk bonds and leveraged finance deals at the now-defunct Drexel Burnham Lambert. His plea and conviction in 1990 for securities fraud, landed him a 10-year prison sentence (commuted to two years), $1.1 billion in fines and restitution, and a permanent ban from the securities business. The king had been turned into a pariah.