Every Ig Nobel Prize ceremony since 1996 has included a new mini-opera, performed by professional opera singers (with Nobel Laureates acting in supporting roles). These mini-operas honor the tradition of the classic Bugs Bunny cartoons “What’s Opera, Doc?” and “Rabbit of Seville“—each mini-opera is a pasticcio that marries a brand new story & words to beloved old music (from operas, popular songs, etc.). 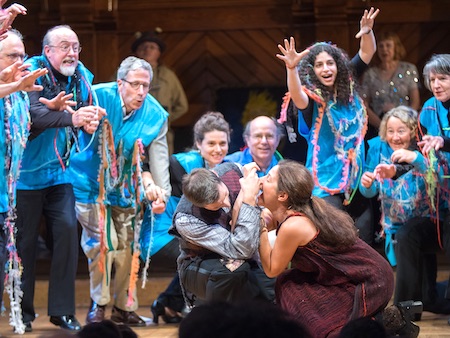 Watch the little oxygen atom sing about his gigantic love.

You can watch the premiere performance of each opera, in the video of that year’s Ig Nobel Prize ceremony.

If you would like to help support all this, please Become a Patron!