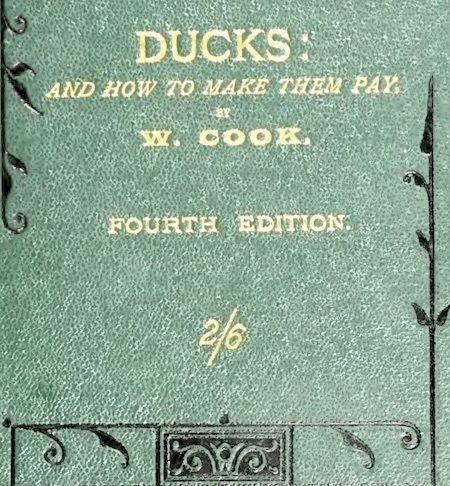 A Latter-day, Jaundiced View of Ducks and How to Make Them Pay

Cook’s book was not the last word on the subject. In 2008, long after Cook’s demise, Jonathan M. Thompson wrote an essay about Cook and the ducks, called “The Orpington Ducks.” Thompson finishes his lengthy diatribe with this paragraph:

Over the years, William Henry Cook claims to have been the originator of many varieties of fowls and ducks; only one, however, deserves any credence. He set out to deceive—for whatever reason—and the authors who follow, and unquestioningly repeat what has gone before, also mislead their reader. It is, therefore, little wonder the precise history of this breed and its colour-forms has appeared in an inaccurate state, following on from the primary accounts, when, prior to the writer’s endeavours, no exact investigation of the facts had taken place.

Here is a portrait of Mr. Cook, from his book. Judge for yourself his merits, if you think that looking at at drawing of someone about whom you have just heard is a good way to judge things: 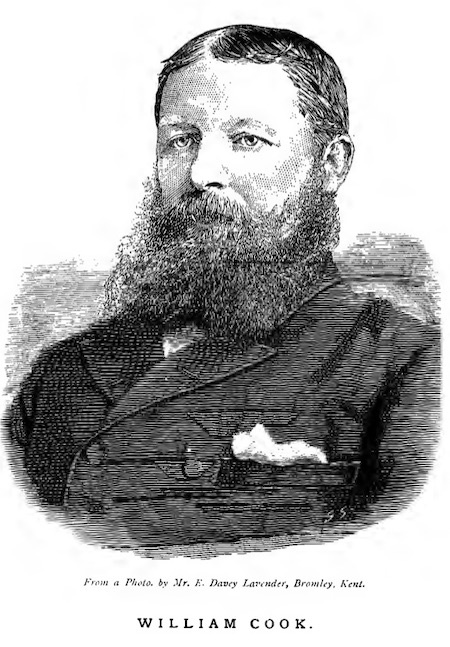 As you likely know, Moeliker was awarded the 2003 Ig Nobel Prize for biology, for this work.