In general, we don’t tend to think all that much about everyday things like, say, suitcases, milk, or alarm clocks. But fortunately, some do take the trouble to do so, and then write about it. Take for instance Arthur Asa Berger, who is Professor Emeritus in Broadcast and Electronic Communication Arts at San Francisco State University, US. He considers such things in a new book from publishers Palgrave►Pivot : Perspectives on Everyday Life : A Cross Disciplinary Cultural Analysis (Nov. 2018, $54.99 eBook, $69.99 Hardcover) 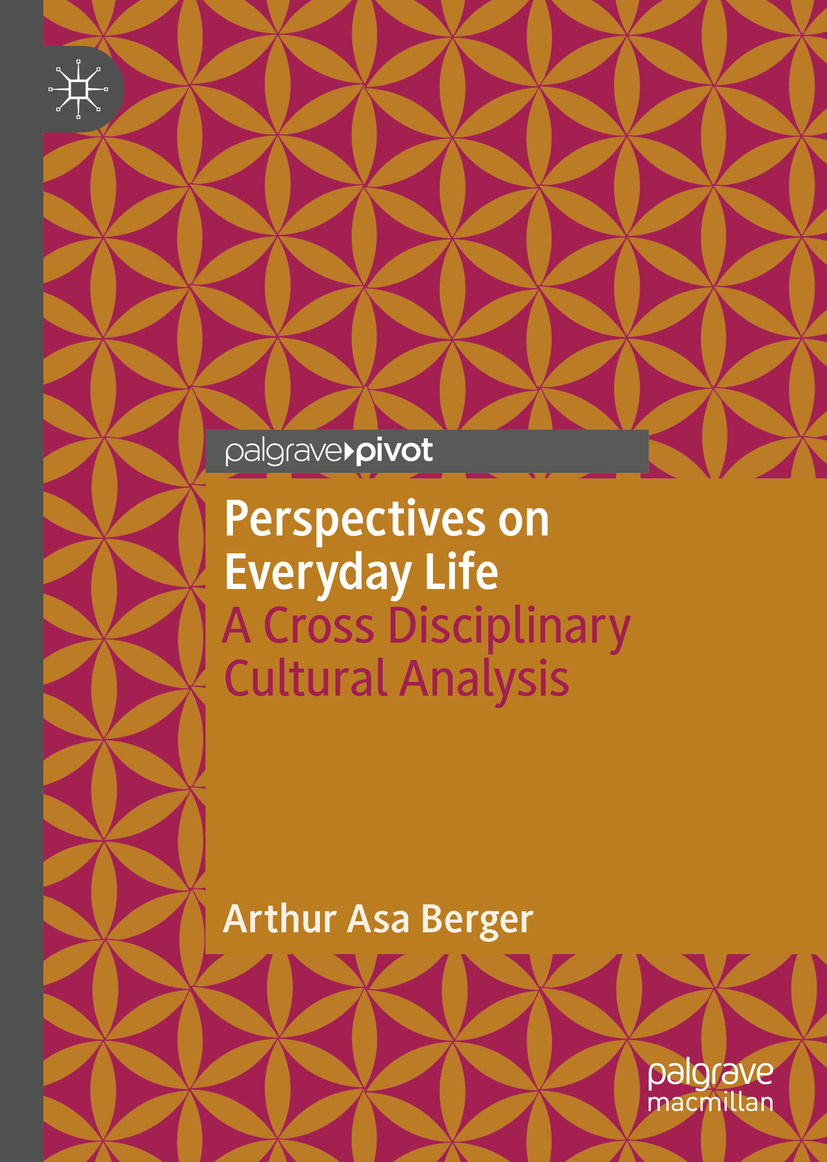 Where one can appreciate, for example, “a psychoanalytic analysis of the superglue phenomenon” (either methy-2-cyanoacrylate or ethyl-2-cyanoacrylate) in a section entitled : ‘Superglue and the Unconscious’

“What we have to recognize is that superglue is connected with two unconscious psychological phenomena: our desire for power and our belief in the magical. The power to put things together that had broken apart is something we all like because it is connected to the matter of making sure that there is “salvation” for things that have broken apart. Superglue is one way we can counter the forces of entropy, which we can define as a gradual decline to disorder in the world. Accidents can be rectified and the world order, in minor ways, can be maintained. Saving a broken pot is one small step that is connected to saving the world.”

Other everyday-life artefacts and occurrences covered in the book include – but are by no means limited to :

In this chapter we investigate the power of clocks, in many different forms, over our lives. We have wind-up clocks, digital clocks (the most popular form), and clock radios that tell us what the time is and have alarms to alert us when a certain time, that is important to use for one reason or another, is reached.

This chapter considers the question of what milk is, and whether other milks such as soy milk and almond milk, which are called “impostor milks,” are really milk. It also deals with the question of whether people are addicted to milk and the assertion by a doctor that people consume too much milk, generally in the form of cheese.

In this chapter we examine different styles of hair and speculate about where they come from, discuss President Donald J. Trump’s hair style, which has been described in different ways, and consider hair styles and age. This leads to a consideration of the semiotics of hair—what different styles of hair signify about people who wear them, aberrant decoding of the messages from hair, and finally the matter of hair color and our attitudes towards blonde hair.

In this analysis, we consider the matter of college rejection letters and the fact that for some young people, being rejected at an elite university is the first time they have been disappointed in a major way. That is because the number of people applying to elite universities is enormous and institutions such as Stanford and Harvard accept only a small number of applicants. Being accepted at an elite university confers lifelong benefits on young people in terms of their sense of achievement and of accomplishment.

The historical origins of the mattress are discussed followed by a discussion of the agony of choice involved in choosing a particular mattress from the seemingly countless number of companies making mattresses and the different models available. Two kinds of customers are discussed: maximizers, who want only the best at the best price, and satisfizers, who are not terribly particular about their choice of a mattress or any other product. Mattresses connote sleep and rest but choosing mattresses is one of the most agonizing and anxiety-ridden purchases people make, since mattresses last for many years. So if one purchases the wrong mattress, one has to live with that bad choice for a long time.

The growth of the travel and tourism industry, now the largest industry in the world, means that suitcases—of one kind or another—are now of great importance, since we rely on them to transport our clothes and other things needed for travel. We discuss the size of the suitcase industry and how the design of suitcases has evolved over the years. There are so many different brands and kinds of suitcases that consumers have to deal with that choosing a suitcase generates anxiety in people purchasing them. The problem suitcase manufacturers face is how to make a suitcase that is light and strong, that will protect what we put in it, that is not too expensive, and will last a long time.

and ● Chandeliers at the 2017 Grammy Awards