The History of Parliament blog detects a connection between Ig Nobel Prize-winning roller-coaster/kidney stone research and, yes, the history of Britain’s parliament:

The Kidney Stone of Alderman Adams

The link between the Ig Nobel Prize for improbable research and the 1640-1660 Section of the History of Parliament Trust is not immediately obvious; but the Ig Nobel for medicine which was awarded at the ceremony at Harvard University on 13 September this year has very distinct seventeenth century resonances. The laureates, Marc Mitchell and David Wartinger, had followed up anecdotal reports that violent movement, especially associated with funfairs, could cause kidney stones to dislodge and pass through the renal system into the bladder and out of the body, by conducting proper scientific field trials, using a simulated renal system and real ‘calculi’ or kidney stones….

To modern eyes, Alderman Thomas Adams is one of the more appealing of mid-seventeenth century politicians…. Adams enjoyed his new-found success for only a few years before his sudden death in February 1668. It is the manner of his death that provides the link with the Ig Noble Prizes and the Big Thunder Mountain Railroad, especially their concerns that such rides should be avoided by those with ‘renal calculi of a volume likely to cause ureteral obstruction’. For when Adams’s coach was involved in an accident and overturned, the violent movement dislodged a massive kidney stone which had apparently never troubled him before, but now blocked his urethra and killed him, after several weeks of ‘miserable torture’. Samuel Pepys, who had himself undergone an unpleasant and dangerous operation to remove a kidney stone a few years earlier, was later shown ‘the stone cut lately out of Sir Thomas Adams’s body’, and was suitably impressed, recording that it was ‘very large indeed, bigger I think than my fist, and weighs above 25 ounces’ [The Diary of Samuel Pepys, ed. R. Lathom and W. Matthews (1983), ix. 136].

Here’s video taken (by someone else) from the roller coaster ride that produced the Ig Nobel Prize-winning kidney stone discovery: 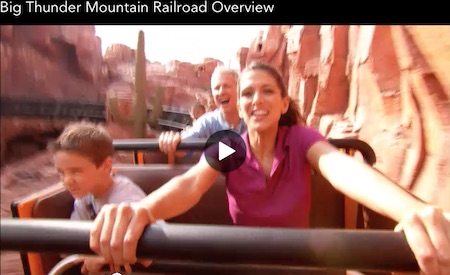