“Graphene company partners with university to commercialise egg-unboiling machine” is the headline on a Phys.Org report about the Ig Nobel Prize-winning invention. The report says: 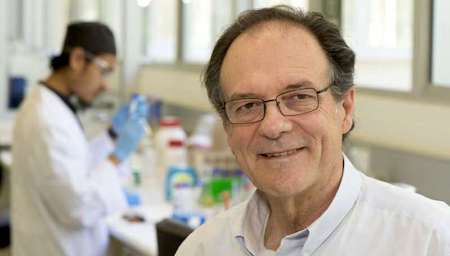 “Technology capable of producing high-grade graphite at a price and scale viable for use in energy storage devices, coatings and polymers is being commercialised following the establishment of a new Australian company. The new company 2-D Fluidics Pty Ltd is owned equally by Flinders University and First Graphene. It will commercialise the Vortex Fluidic Device (VFD), which was invented at the South Australian university by Professor Colin Raston and his team.

“In 2015, the researchers from the Flinders Institute for NanoScale Science and Technology in Adelaide were awarded an Ig Nobel Award for creating the Vortex Fluidic Device and using it to unboil an egg. The technology has since been used to develop a range of novel nano materials without the use of harsh or toxic chemicals in the manufacturing process….”

Here are instructive videos about the original research teams in Australia and California: