The research that won an Ig Nobel Chemistry Prize for Volkswagen also involved monkeys watching cartoons while they inhaled automobile fumes — a fact that was not publicly known at the time the prize was awarded. Nor was it known to the Ig Nobel Board of Governors. The monkeys/cartoons news was reported today by Jack Ewing, in the New York Times, with the headline “10 Monkeys and a Beetle: Inside VW’s Campaign for ‘Clean Diesel’. ” That report begins: 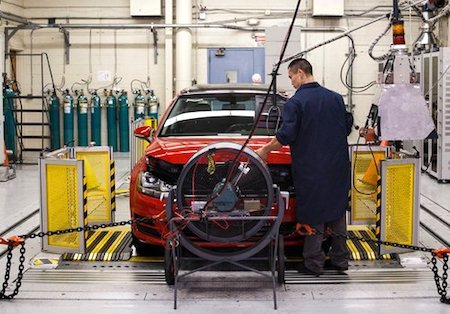 FRANKFURT — In 2014, as evidence mounted about the harmful effects of diesel exhaust on human health, scientists in an Albuquerque laboratory conducted an unusual experiment: Ten monkeys squatted in airtight chambers, watching cartoons for entertainment as they inhaled fumes from a diesel Volkswagen Beetle.

German automakers had financed the experiment in a bid to prove that diesel vehicles with the latest technology were cleaner than the smoky models of old. But the American scientists conducting the test were unaware of one critical fact: The Beetle provided by Volkswagen had been rigged to produce pollution levels that were far less harmful in the lab than they were on the road….

That 2016 Ig Nobel Prize for chemistry was awarded to Volkswagen, for solving the problem of excessive automobile pollution emissions by automatically, electromechanically producing fewer emissions whenever the cars are being tested.

REFERENCE FOR THE 2016 PRIZE ANNOUNCEMENT: “EPA, California Notify Volkswagen of Clean Air Act Violations“, U.S. Environmental Protection Agency (EPA) news release, September 18, 2015. [NOTE: The EPA recently moved or removed that news release from its original location on the EPA web site. The link we give here is the original link.]

BONUS: And here’s some news from 2015 about the Albuquerque laboratory that reportedly did the monkey/cartoons/fumes research.