Troy Hurtubise enjoys and does not enjoy a deep biographical look at him that’s headlined “HE WAS A VIRAL SENSATION BEFORE THE INTERNET CHEAPENED THAT STATUS.” Troy was awarded a 1998 Ig Nobel Prize in the field of Safety Engineering, for developing and personally testing a suit of armor that is impervious to grizzly bears. 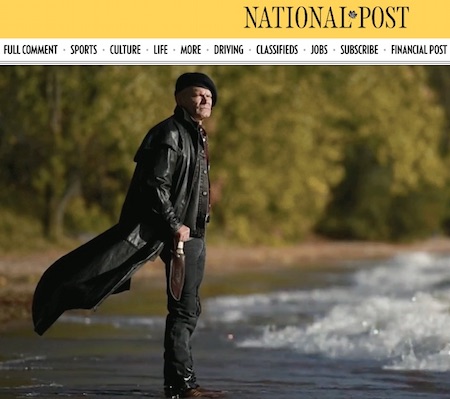 Here’s the documentary film about Troy, “Project Grizzly“, produced in 1996 by the National Film Board of Canada:

Troy has had many adventures, quite a few of which we have chronicled here. He is a an exemplar of perseverance and fortitude, and other qualities.