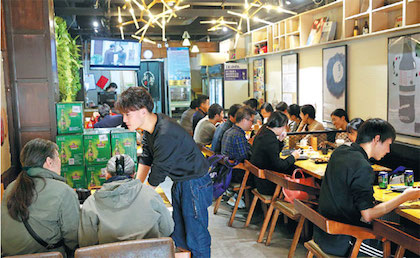 When Feng Shangqing published a paper in a scientific journal, she was simply hoping it would prove beneficial to her medical career. She certainly didn’t imagine that the article would provide her with a discounted treat at a barbecue restaurant in Beijing.

The physician, who graduated from Fourth Military Medical University in Xi’an, Shaanxi province, was given a discount of 84 yuan ($12.67) at a barbecue restaurant that is popular with medical professionals as a result of the paper’s “impact factor”—a measure of the frequency with which articles are cited in a particular year. The 84 yuan discount was a multiple of the paper’s impact factor of 8.4, which is considered a good score.

Under the rules of the restaurant, scientists, medical professionals and social scientists are eligible for a discount if they have recently published papers in journals that are included on internet databases such as the Science Citation Index and the Social Sciences Citation Index.

The paper’s impact factor is multiplied by 10 to determine the discount, which can account for as much as 30 percent of the bill….

The restaurant is named after the medical journal, The Lancet. China Daily earlier reported on a visit to the restaurant by an editor of journal: 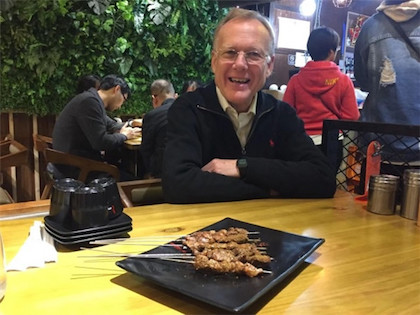 The popular Beijing grill “The Lancet“, which is named after the famous medical journal, received a special customer on Sunday—William Summerskill, one of the four senior executive editors of the journal, according to the grill’s weibo account.

The grill invested by a group of surgeons and graduates from Tsinghua University and Peking University, caught internet attention in early October when it published an article on its WeChat account on September 21 in which it advertised discounts to scholars whose published papers received influential citation indexes such as SCI, SSCI, and CSSCI in the past five years….