Anyone who’s seen the phrase “This page has intentionally been left blank” and who has been left thinking that it’s a relatively modern construct – think again. Intentionally blank pages have been around, in abundance, since at least the 18th century. Dr. Anne Toner (Trinity College Cambridge, UK), has extensively researched varieties of incompleteness in literary works, and covers the blank page in : “Blank Emblems: The Vacant Page, the Interleaved Book and the Eighteenth-Century Novel”, Word and Image 22.4, 2006, 363-71. Explaining that, in some cases at least :

“The vacant page makes explicit, then, the failure of correlation between imagination and manifestation in a text that seems to do all it can to proliferate the processes of narrative communication. “ 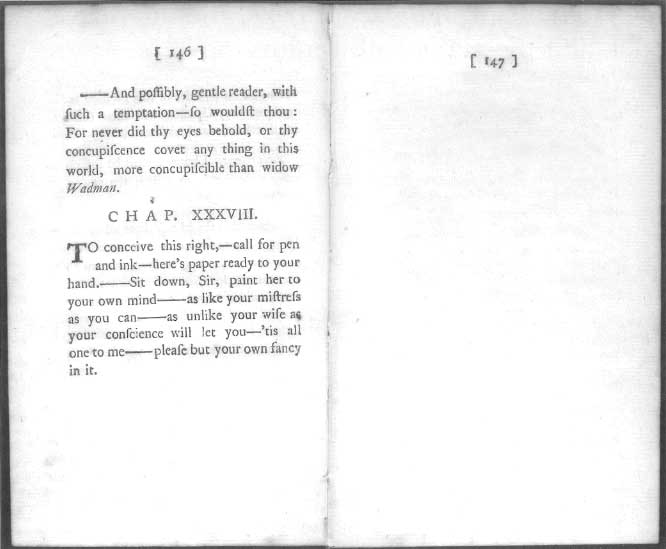 The blank page shown above is from an edition of The Life and Opinions of Tristram Shandy, Gentleman (first published in 1759). It was deliberately inserted so as to provide a space for readers to do their own illustrations. Many other literary works of the time had blank pages so that readers could make their own non-fictional notes. To the extent that for some years it became almost fashionable to do so. The author cites one work from 1639 that had 125 blank pages – more than a third of the entire volume.

Question [optional] Is it time to revive the fashion for blank pages? Justify your answer.