Those in the business of marketing desserts might be interested in new research from Donya Shabgard at the University of Manitoba, US, who has investigated, possibly for the first time, the influence of an advertisement’s dessert portrayal on consumer perceptions of desirability. Specifically, should advertisements show desserts with a bite taken out of them or not? 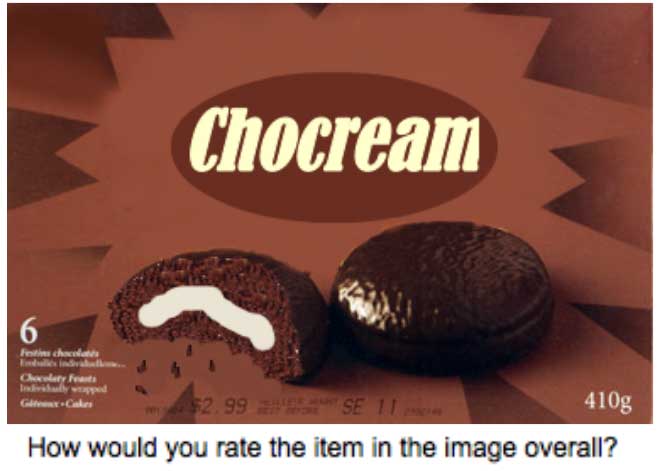 In a series of four experiments, participants were asked to rate faux ads which showed desserts either entire, cut, or with a bite taken out [see image]. The bitten dessert fared well, especially amongst those with dieting experience.

“These findings explain that the bitten dessert is percieved [sic] as more real and authentic in comparison to the cut and whole dessert, and, thus, these perceptions of realness resulted in its positive evaluations.”

.The author points out opportunities for further research :

“It would also be interesting to test whether the effect holds for other food products, such as burgers and pizza, or whether it is limited to desserts, or a certain type of dessert.”

See: Would you like a Bite? The Influence of an Advertisement’s Dessert Portrayal on Consumer Perceptions of Desirability by Donya Shabgard.

BONUS task [optional]: With regard to visual advertising media, which food products would you prefer not to see displayed with a bite already taken out?