Back in 2013, Improbable reported on the emergence of a new organisational concept – ‘Functional Stupidity’, see  ‘A Stupidity-Based Theory of Organizations’. Now, the idea of ‘Functional Stupidity’ has been refined by Roland Paulsen, who is a researcher at the Department of Business Administration, Lund University, Sweden.

“I distinguish 10 ‘stupidity rationales’ emanating from reflective types of compliance with which employees can motivate the practice of functional stupidity.”

see: Slipping into functional stupidity: The bifocality of organizational compliance in the journal Human Relations June 7, 2016. 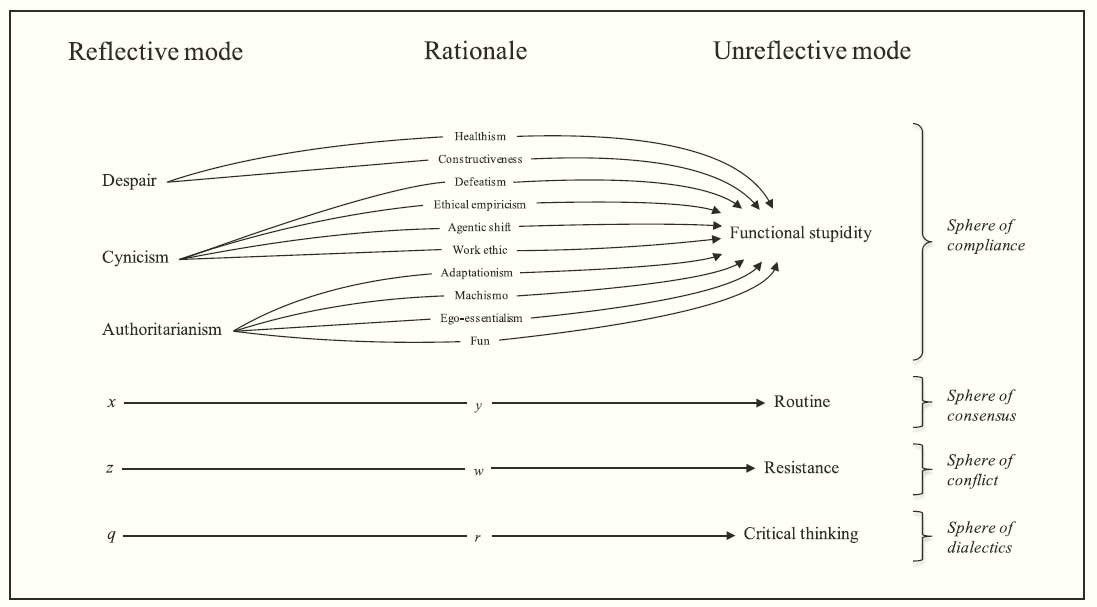 “Functional stupidity in itself is unreflective in the sense that one cannot think about it without being reflective, thus suspending the stupidity.”

Note: The author reminds us too that ‘Dumbness’ and ‘Functional Stupidity’ should not be confused :

“Surpassing the everyday connotations of the word ‘stupidity’, Alvesson and Spicer make it difficult to separate functional stupidity from functional intelligence. Their formal definition of stupidity lacks an ethical dimension. Not being ‘reflexive’, asking for justifications, and so forth, may be highly intelligent in certain situations. It is in ethically ambiguous situations, and particularly when the purpose of one’s job is under debate, that the unreflective instrumentality becomes stupid. This ethical aspect distinguishes ‘stupidity’ from ‘dumbness’. As Ronell (2002: 42) puts it: ‘whereas dumbness might be part of the irreparable facticity of existence, there is an ethics of stupidity, or let us say simply that it calls for an ethics’.”