Before considering the history and implications of reversed paintings, we need a definition – and we have one provided by Richard Read, who is Winthrop Professor in Art History at the University of Western Australia.

Professor Read is writing in Transformations : Journal of Media & Culture (2016, No. 27). His paper, ‘Possibilization and Desuetude: the Politics of the Reversed Canvas as Thing-Object’ not only provides visual examples [the artwork below is Cornelius Norbertus Gijsbrechts’, Trompe l’oeil. The Reverse of a Framed Painting, 1670, oil on canvas, Statens Museum for Kunst, Copenhagen] 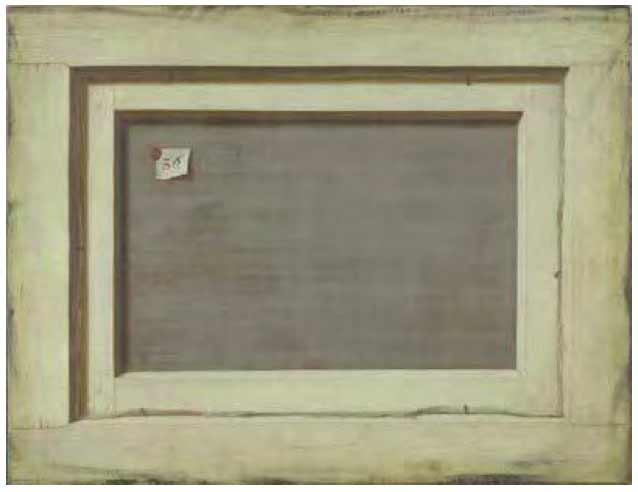 – but also informs, for example, that:

“ Where paintings are concerned, the visibility of their fronts and backs are vivid markers of their transition between phases of commodification, display and desuetude. This is why, as representations, backs of paintings lend themselves to it-narratives that existed far earlier than those eighteenth-century literary biographies of things of which James Lamb and others wrote.”

The professor also alerts us to the idea that paintings (and other framed art) can, in a sense, be “switched on” or “switched off” – by flipping their direction towards or away from the viewer.