One of the side effects of venturing to high altitudes (or any environment where the air pressure is lower than normal, say, for example inside a passenger airplane at cruising height) is an increase in the expellation of intestinal gases. As a number of our readers will no doubt be aware, the syndrome was first [?] pinpointed in the book : Beschreibung zweyer Reisen auf den Montblanc, unternommen im August 1820 mit einer Ansicht des Montblanc und einer Karte des Chamounythals und seiner Umgebung by Iosif Gamel [or poss. Joseph Hamel] c. 1820. 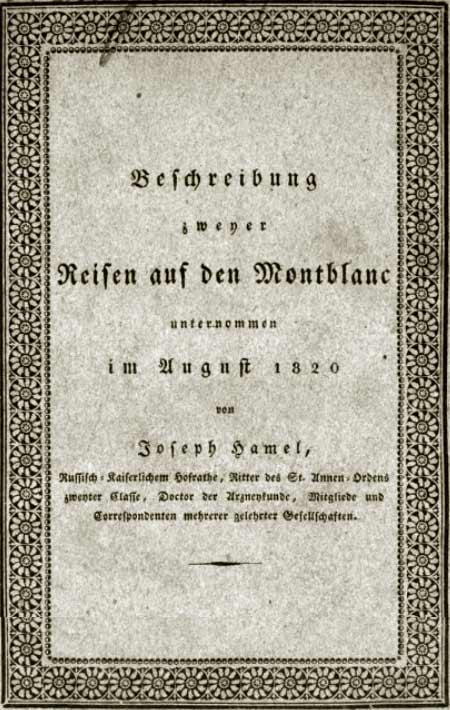 The book, in examining possible medical effects of climbing Mont Blanc, describes various unpleasant experiments featuring animals under evacuated bell-jars – and the various gases which were expelled. But perhaps less well known is that in 1981 the issue was brought up to date by Paul S. Auerbach, MD, MS, FACEP, FAWM, (now Redlich Family Professor of Surgery in the Division of Emergency Medicine at Stanford University) and York E. Miller, MD (now Professor of Medicine at the University of Colorado, Denver). The condition was given the modern acronym – HAFE – in their letter to the editor of the Western Journal of Medicine, 1981 February; 134(2): 173–174 ‘High Altitude Flatus Expulsion.’

“The syndrome is strictly associated with ascent, and is characterized by an increase in both the volume and the frequency of the passage of flatus, which spontaneously occurs while climbing to altitudes of 11,000 feet or greater.”

They note that it’s also known (presumably by those outside the medical establishment, e.g. mountaineering enthusiasts) as ‘Rocky Mountain Barking Spiders’.