At first glance, snow globes might seem trite or trivial objects, however :

“[…] on closer reflection, they are revealed to be symbolic realms that provide clues to the desires, dreams, nightmares, and memories of the cultures that produce them.” 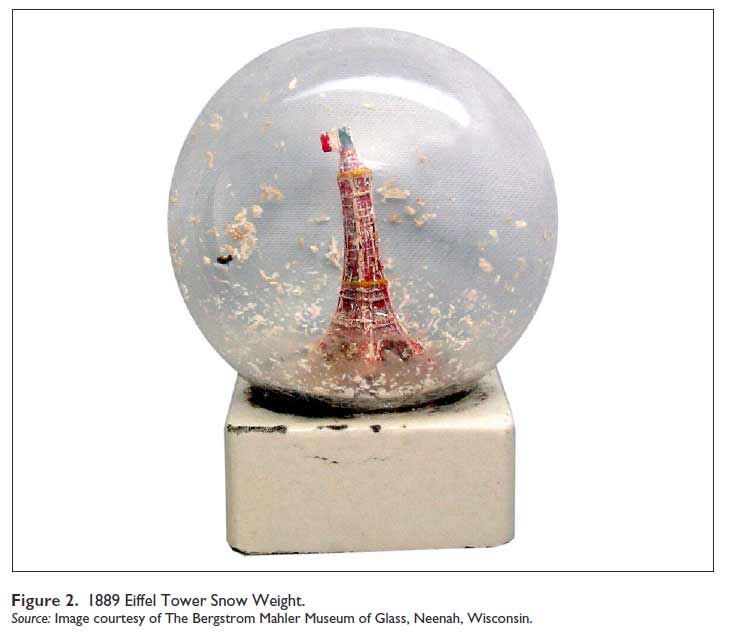 The professor’s paper on the subject of snow globes, (particularly those representing loss and malevolence) is published in the journal Space and Culture, January 12, 2016. Reminding us that :

“Thinking critically about the hermetically sealed worlds of snow globes opens up riddles of modern life. It brings attention to our size, to ourselves, and to the worlds we inhabit and create. The art of catastrophe expressed in disaster snow globes points out our faults and our fears, but allows us to give them a shake. As we shake them, they shake us.”

Important Security Advice: If you are thinking of buying a souvenir snow globe (malevolent or otherwise) and are also thinking of transporting it internationally by means of passenger air travel, you should consult your airline – e.g. here are Special Instructions from the US Transportation Security Administration.

Note: The picture shows a souvenir snow globe from the 1889 Exposition Universelle, marking the 100-year anniversary of the storming of [the] Bastille.

Glossary: ‘Oneiric’ (adj.) – of or relating to or suggestive of dreams.

Further explorations: A full copy of the paper, and other writings are available via the professor’s website  (click ‘publications’)