It took some time to write-up the things that happened at the 20th edition of Dead Duck Day — commemorating the first scientifically documented case of homosexual necrophilia in the mallard duck. Here it is, laced with photographs:

On June 5th, 2015, the 20th Dead Duck Day attracted a crowd of about 50 people. They gathered at the spot where it all began, right below the all glass facade of the Natural History Museum Rotterdam. At exactly 17:55h Kees Moeliker, in company of the stuffed duck (NMR 9989-00232), welcomed everybody … [Read the entire write-up here] 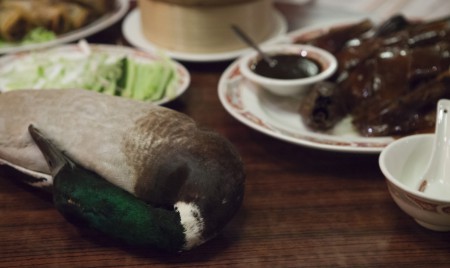